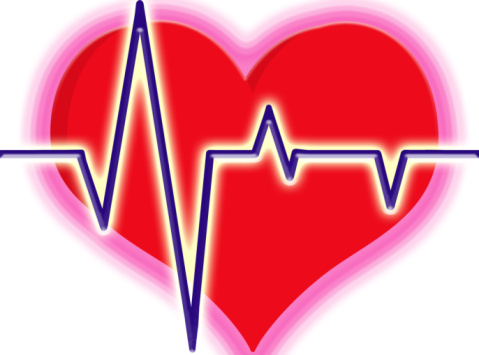 In individuals with atrial fibrillation, the two upper chambers of the heart—the right and left atria—beat irregularly and out of coordination with the two lower chambers—the right and left ventricles. This disorganization of heart rhythm leads to shortness of breath, palpitations, and weakness. But more worrisome is its potential for creating blood clots within the heart chambers, which have the potential to escape the heart and move into blood circulation, likely leading to a blockage of blood flow elsewhere in the body—the most devastating of which is a stroke. Atrial fibrillation is the most common heart rhythm disorder, with 20 percent lifetime risk. It most often affects individuals over the age of 60.

The study included more than 1.5 million women with a first pregnancy, having an average age of 28 years. Data on weight in early pregnancy, height, age, hypertension, and smoking were obtained from the Swedish medical birth registry, and information on hospitalization with atrial fibrillation was collected from the Swedish inpatient registry. Body surface area (BSA) was also calculated using a standard formula based on height and weight, with results dictating which groups women would fall into.

“Our research has previously shown that a large body size at age 20, and weight gain from age 20 to midlife, both independently increase the risk of atrial fibrillation in men,” said author Professor Annika Rosengren. “In this study, we investigated the impact of body size on atrial fibrillation risk in women.”

During a maximum follow-up of 33.6 years (16 years on average), it was observed that 7,001 women were hospitalized with atrial fibrillation at an average age of 49 years. Interestingly, the women who fell into the second, third, and fourth highest BSA category were found to have 1.16, 1.55, and 2.61 times more risk for atrial fibrillation respectively when compared to the first group (lowest BSA). The researchers also remarked that they adjusted results for age of first pregnancy, diabetes, hypertension, and smoking.
“We found that bigger women have a greater risk of atrial fibrillation,” said Professor Rosengren. “There was a stepwise elevation in risk with increasing body size. The group with the highest body surface area had nearly three times the risk of those with the lowest body surface area.”

The researchers go on to say that, while it is true that atrial fibrillation is the result of obesity-related metabolic changes, there can also be secondary causes, as seen in the case of larger women that are not fat or overweight, but have big atriums.