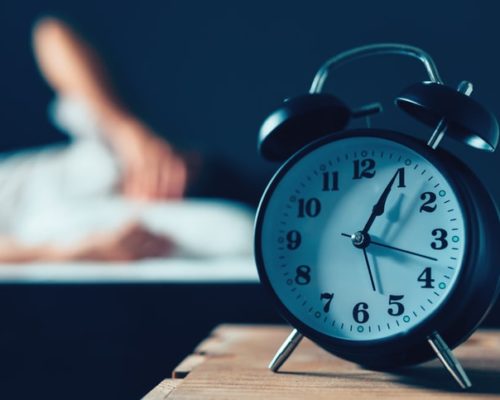 How many hours of sleep do you typically get? If it’s not between seven and nine hours, then, unfortunately, you are probably sleep-deprived. Lack of sleep and poor sleep is a serious epidemic across the country, and it can lead to serious health consequences.

Just by adding an extra hour of sleep each night to your routine, you can begin to experience health benefits. If you’re not convinced, here are six of those benefits.

6 Benefits of Sleeping an Extra Hour

Heart protection: Sleep deprivation is associated with poor heart health because sleep influences many areas of health including metabolism, inflammation, and blood pressure, all which can lead to poor heart health outcomes. Sleeping less than six hours a night has been linked to poorer artery health. Other studies have shown lack of sleep is linked with a higher risk of heart disease and stroke.

Lower risk of diabetes: Lack of sleep can change your metabolism which can influence insulin. Studies have shown sleeping less than six hours is linked with a higher risk of type 2 diabetes because the body produces excess insulin, but it isn’t effective at breaking down sugar.

Lower body weight: Long-term studies have found that sleeping five hours or less is associated with a higher risk of obesity. Sleep helps control out leptin levels – a hormone which signals our hunger. When leptin levels are unregulated, then we feel hungry and less satisfied, causing us to consume more calories throughout the day. On the other hand, being overweight can trigger sleep problems because it may cause sleep apnea, which is a sleep disorder categorized by snoring.

Stronger immune system: Your risk of catching colds and flu increases if you don’t sleep enough. Your body releases cytokines when you sleep – these proteins help fight off viruses. If you don’t sleep well, you won’t have enough cytokines in your body to fight off illness.

Lower risk of dementia: Although it isn’t clear if lack of sleep triggers dementia or dementia triggers dementia, there is some evidence to support a link between the two. When we sleep our brains become rejuvenated and “cleaned up.” Without this restoration every night it can trigger memory loss.

If you are having difficulties falling or staying asleep each night, then speak to your doctor about any possible underlying causes, which could be disrupting your sleep.