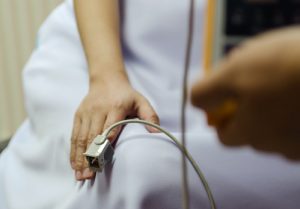 New research has found that being overweight or obese during adulthood increases the risk of cardiac death if the weight elevated in early adulthood. The study was conducted on over 72,000 women and was published in JACC: Clinical Electrophysiology.

The participants provided information on height and weight, which they had to recall from when they were 18. Questionnaires were also filled out every two years.

Additional findings revealed that even if the woman did not have a high BMI at 18, becoming overweight in adulthood still increased the risk of sudden cardiac death.

Dr. Chiuve added, “Nearly three-quarters of all sudden cardiac deaths occur in patients not considered to be high-risk based on current guidelines. We must seek broader prevention strategies to reduce the burden of sudden cardiac death in the general population.”

Editor-in-chief at JACC: Clinical Electrophysiology, David J. Wilber, M.D., added, “This study adds to a growing body of evidence that the adverse effects of obesity on cardiac rhythm, in this case, sudden death risk, begin in early adulthood. It underscores the need for earlier identification and treatment of high risk individuals.”

Although the research is observational and cannot determine cause and effect, it reaffirms the importance of maintaining a healthy weight throughout your life in order to reduce negative health outcomes.