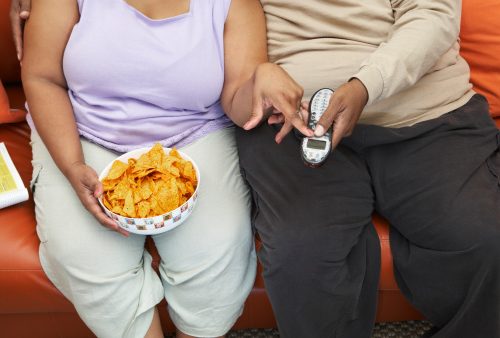 A new study from Georgia State University has found that converting white fat into beige fat could combat obesity. White fat cells store calories and beige fat cells are what burn energy. The body naturally converts white fat into brownish fat (beige fat) by using heat production and increasing the sympathetic nervous system’s (SNS) supply of blood vessels to white fat tissue. The researchers are hopeful this process could help combat obesity. Although this mechanism does occur, it doesn’t occur on a large scale due to white fat cells being linked to other vital tissues that are part of the heart, which could have serious health implications.

The obesity epidemic in the U.S. is a growing one, with nearly 70 percent of the American population being overweight or obese. Current strategies to combat obesity have only shown minimal success, and those who have undergone surgery have found success, but that is an extreme measure. This is why the researchers are so hopeful that increasing energy expenditure with brown/beige fat could be a more successful way to combat obesity.

“Perhaps the most important features of white adipose tissue for the conversion of white fat cells to brite/beige fat cells is the density of the SNS nerves being supplied to white adipose tissue, and the fat cell population surrounding this nerve supply having a genetic ability to brown,” said co-author Vitaly Ryu. “SNS drive increases with cold exposure and food deprivation, so that’s when a breakdown of fats and cell ‘browning’ occurs.”

The researchers add that humans commonly live in thermoneutrality or close to it, so it limits the ability of naturally occurring beige fat and their role to produce heat.

The findings were published in the International Journal of Obesity Supplements.