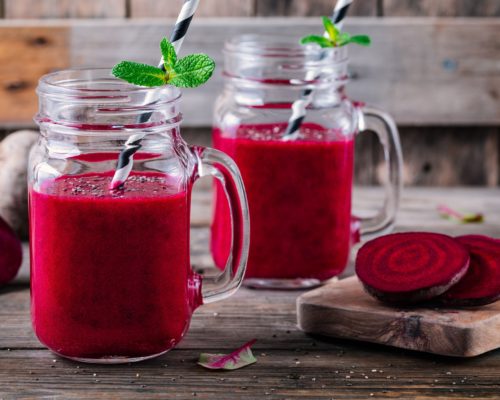 The latest research findings suggest that consuming beetroot juice may combat high blood pressure resulting from a high salt diet. The current study was conducted on animals but shed light on a possible prevention method for humans. A diet high in sodium is associated with hypertension – high blood pressure – and it is often recommended as the first course of action to reduce salt intake as a means of reducing blood pressure.

Currently, the global population tends to consume twice the recommended amount of salt, according to the World Health Organization. Consuming enough potassium can help counter sodium, but many people do not consume adequate levels of potassium, which allows for sodium levels to rise. Therefore, not only is it important to reduce your salt intake, but you should also increase your potassium intake.

Study lead author Dr. Theodore W. Kurtz explained, “We’ve had these educational campaigns for years, but people aren’t eating more potassium, and the average salt intake in the US population in hypertensive people has actually increased. We need to come up with new ways of preventing salt-induced hypertension.”

The study involved salt-sensitive rats who were given small amounts of beetroot juice or dietary nitrate. Both supplements were found to be 100 times more potent than potassium in combatting sodium-induced blood pressure.

If these findings can be replicated in humans, it could become a simple preventative method of salt-induced high blood pressure.

Dr. Kurtz concluded, “We’re suggesting that manufacturers of products laden with salt – soy sauce, hot sauce and barbecue sauce – could add a very small amount of an extract from a nitrate-rich vegetable, and this would protect against salt-induced hypertension without reducing the salt or altering the taste of the product.”