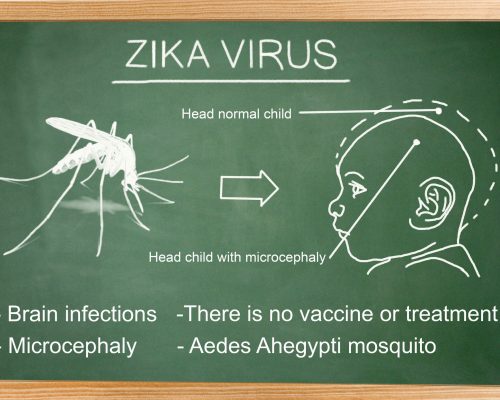 A baby girl has been born with a Zika virus birth defect in New Jersey. Her mother was originally form Honduras and contracted the virus when visiting back home. The baby has an abnormally small head and an underdeveloped brain.

Dr. Manny Alvarez, chairman of the Department of Obstetrics, Gynecology and Reproductive Science at Hackensack University Medical Center, said the mother knew she was infected prior to her return to New Jersey – when she visited Honduras. Scans revealed the baby was underweight, prompting doctors to perform a C-section. Dr. Alvarez expressed, “It tells you that Zika is real. There is still a lot of work to be done insofar as controlling the virus.”

Earlier this year, a baby was born with microcephaly – Zika virus birth defect – in Hawaii.
The United Nations have urged women considering conceiving to wait at least eight weeks if they or their partners have visited or resided in a country with a Zika outbreak.

Majority of Zika virus cases, along with microcephaly, have occurred in Latin America, with Brazil accounting for the most cases – around 5,000. So far, there have not been any locally transmitted cases of Zika in the U.S., but it is estimated that Gulf Coast states like Florida and Louisiana are at highest risk, given the upcoming mosquito season.

Mosquito bites are the main mode of transmission of Zika virus, but new reports suggest it can very well be passed on through sexual intercourse as well, which has prompted the UN and the WHO to forewarn couples to avoid sexual intercourse if they have been visiting the affected countries.

Symptoms of Zika virus are generally mild in healthy adults, but the virus poses the largest threat to fetuses, as it can lead to birth defects like microcephaly.

Avoiding mosquito bites is the best line of defense to protect oneself from contracting Zika virus.