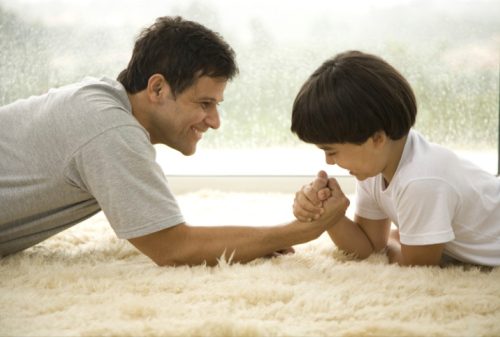 The results reveal that men’s sperm, in fact, isn’t timeless, as previously believed. Although the study did show higher risk of psychiatric disorders associated with older age of fathers, it was found to be quite small.

Academic difficulties were more common than psychiatric problems, but they did not affect all children who had older dads.

Molecular geneticist Simon Gregory found the results to be impressive but did add that “there’s no reason to ring the alarm bells that older men shouldn’t have kids,” – unless the findings are replicated and molecular evidence is found.

Researchers believe the increase in academic difficulties and psychiatric problems is due to genetic mutations, which occur to the sperm over time.


Kids with older fathers may have increased risk of autism and schizophrenia: Alternative study

An alternative study also looked at the risk of having a child with autism and schizophrenia in older fathers. Researchers in Iceland looked at new mutations in sperm in 78 families – and whether these mutations were related to the age of parents.

The findings uncovered that with each passing year, a man is predicted to pass on two new mutations. Over 97 percent of new mutations passed on to children could be related to an older father.

Study author Dr. Kari Stefansson said, “The father is an incredibly important contributor to mutations, and even if de novo mutations happen randomly, the more mutations you have, the more likely you will have one in a gene that matters.”

Rates of autism are on the rise in the U.S. and non-hereditary cases are believed to be less than one percent. Although it is too early to suggest that fathers’ older age is contributing to the risk of autism, it is still a possible risk factor.

Men are more likely to pass on their mutations with age because their reproductive cells divide and produce sperm throughout their lifetime, and there is greater opportunity for genetic error to occur during the cell division. Women, on the other hand, are born with a full set of eggs, which means cell division doesn’t take place, so there’s less room for error.

The study does not suggest that fathers should start freezing their sperm at a younger age to avoid the risk of new mutations as the risk of having a child with some sort of developmental issue is still small. The researchers suggest that these issues are not based solely on the male’s age, and that environmental factors also play a large role in the onset of many of these disorders. Rather, the study points to the fact that the age of a male – like the age of a female – can pose some risks for future offspring.