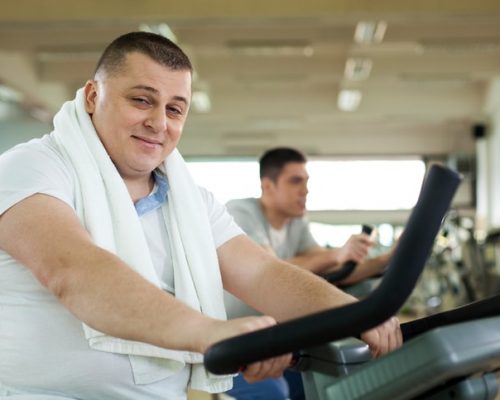 A new study has found that physical activity can reduce the risk of atrial fibrillation in obese adults. Atrial fibrillation is an irregular heartbeat, one that is more rapid than normal. It’s the most common form of heart fibrillation. The condition can lead to increased risk of stroke, heart failure, and other cardiac complications.

It’s been found to be more prevalent in older adults and also in people who are obese. The current study finds that exercise may have preventive effects on the condition, reducing the risk of its development even in the obese population.

The researchers gathered data from over 43,602 adults between 2006 and 2008. By the end of 2015, around 1,500 participants had developed atrial fibrillation. Participant data were analyzed based on age, body mass index (BMI), and exercise habits. “The risk of atrial fibrillation was lower the more physically active a person was. This turned out to be especially true for people with obesity,” says Lars Elnan Garnvik, one of the study authors. The results were adjusted to account for smoking, alcohol use, and previous cardiovascular disease.

“People who reported that they didn’t exercise at all had about double the risk of developing fibrillations when compared to those who were physically active and whose body weight was normal,” Garnvik said. “However, people who were obese but exercised a lot limited the increase in risk to no more than approximately 50 percent. This suggests that physical activity is good for limiting the increased risk of atrial fibrillation in obese people.”

The researchers have emphasized that their findings are only correlational. While physical activity seems to play a part in the reduction of the risk of atrial fibrillation in the obese population, their findings do not reveal the underlying mechanisms behind this relationship. They do have several theories to explain the association, however.

“Physical activity and exercise reduce a lot of the known risk factors for atrial fibrillation, like high blood pressure, high blood sugar, high cholesterol, and chronic inflammation. Physical activity can also improve a person’s fitness level, and we know that people in good shape have a reduced risk of heart failure,” said Garnvik.

One of the strengths of this study was that all diagnoses of atrial fibrillation were confirmed by a medical practitioner, whereas previous studies have relied on self-reported data from the participants, which is not always reliable.

“Athletes and others who’ve built up a lot of stamina over many years may have an increased risk of atrial fibrillation. But both our study and many others show that physical activity is healthy in the amounts that are relevant for most people. This is also true when we talk about the danger of atrial fibrillation,” concluded Garnvik.