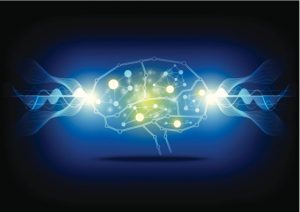 Thanks to science, the brain is getting to be more like an open book, giving us information and details hitherto not thought possible. Advances in the area of brain mapping is allowing scientists to discover, for the first time, details of how our brain sends instantaneous messages from one brain cell to another.

Researchers at the Department of Energy’s SLAC National Accelerator Laboratory used the Linac Coherent Light Source’s (LCLS) X-ray laser to analyze the 3D atomic structure of neurotransmitters – two protein complexes that control the release of signaling chemicals – from brain cells. They believe that finding out how these cells release signals in less than a thousandth fraction of a second could aid in the development of new therapies for treating cognitive disorders.

The researchers used data from previous research at Stanford School of Medicine and SLAC. The details of the study are reported in the journal Nature.

According to Axel Brunger, the study’s principal investigator and a professor at Stanford School of Medicine and SLAC, many brain disorders, including depression, schizophrenia and anxiety, affect neurotransmitter systems. “Both parts of this protein complex are essential,” he explained, “but until now it was unclear how its two pieces fit and work together.”

But now, thanks to SLAC’s Linac Coherent Light Source X-ray laser, more intricate details of this structure have come to light, giving us a better understanding of the molecular machinery driving brain function.

To study the joint protein structure, the team found a way to grow crystals out of the protein complexes. They used a newly developed robot – one of the brightest sources of X-rays on Earth – to study the crystals at SLAC’s LCLS.

The researchers compared and contrasted hundreds of X-ray images from about 150 protein crystals to reveal the atomic-scale details of the joined structure.

According to Aina Cohen, who works at SLAC’s Stanford Synchrotron Radiation Light source, the robot was never used before this experiment. It was used at LCLS to ascertain the structure of a very intricate multi-protein complex. She further added that this is a great example of how advances in science and technology are supplying the world with new understanding about some genuinely complex mechanisms.

Earlier X-ray studies discovered the two protein parts, SNAREs and synaptotagmin-1. During their study the scientists found that when the synaptotagmin-1 and SNAREs come together, they cause a slight increase in calcium concentration, which triggers a rapid-fire release of neurotransmitters from one neuron to another. The team speculates that many of these protein complexes could group together and efficiently trigger neurotransmitter release.

The structure of the SNARE-synaptotagmin-1 complex sets the framework for a better understanding of the system.

The new structure has identified unanticipated interfaces between synaptotagmin-1 and the neuronal SNARE complex that opened up a new school of thought about their interaction by revealing, in atomic detail, exactly where they bind together.

The team knows what they studied is only a subset. They are aware that there are many other factors interacting with this system, and they are eager to understand more about them. The team is looking forward to future studies to explore other protein interactions relevant to neurotransmitter release. There is light at the end of the tunnel, but it’s the next tunnel that intrigues them.