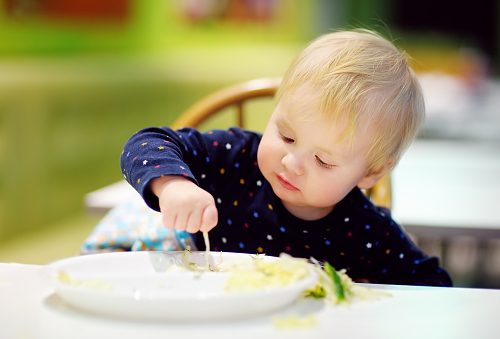 To be at risk for celiac disease a person must have one of the HLA haplotypes, DR3-DQ2 or DR4-DQ8, and be exposed to gluten. The study revealed that the consumption of gluten within the first two years of life and the development of celiac disease did not differ among HLA-risk genotypes.

Aronsson added, “This finding offers insight into why some, but not all, children at genetic risk develop celiac disease.”

Researchers from Lund University in Sweden conducted case-controls on 146 cases from 436 pairs of children taken from a database of children with a susceptibility to celiac disease. Gluten intake was taken from three day consumption records at nine, 12, 18 and 24 months of age.

It’s important to note that Swedish children consume more gluten-rich food at younger ages compared to other European countries and other countries in the world. Further research from other countries is necessary to confirm the results.

The findings were published in Clinical Gastroenterology and Hepatology.