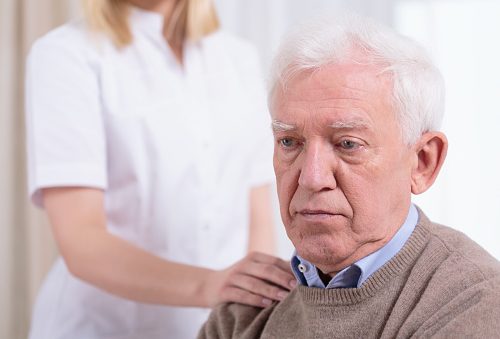 Arthritis patients have a higher prevalence of lifetime suicide attempts, according to recent research. The findings of the study revealed that one in 26 men with arthritis has attempted suicide, compared to only one in 50 men who do not have arthritis. Women who have arthritis also have a higher prevalence of suicide attempts, compared to women without the condition – 5.3 percent versus 3.2 percent.

Additional findings uncovered that those living with arthritis have a 46 percent higher risk of suicide attempts, compared to those without the condition, after the results were adjusted for age, income, chronic pain, and history of mental health issues.

Investigators examined factors associated with ever having attempted suicide in a nationally representative sample of 4,885 adults with arthritis and 16,859 adults without arthritis. The data was drawn from the 2012 Canadian Community Health Survey-Mental Health.

Coauthor Stephanie Baird cautioned, “Due to the cross-sectional nature of this survey, we cannot establish causality. We do not know when the arthritis began, nor when the suicide attempts occurred. It is possible that other factors that were not available in the survey may confound the relationship. For example, childhood poverty has been strongly linked to both the development of arthritis and suicide risk.”

The findings of the study require further exploration, but they do reveal special clinical implications for professionals working with arthritis patients.

Rheumatoid arthritis is a chronic illness that causes pain, stiffness, and swelling of the joints. Over time, the joints can become deformed and negatively impact a person’s ability to perform daily tasks. Because of this, it can take a heavy toll on a person’s mental state and can lead to depression.

Warning signs of suicide in a rheumatoid arthritis patient include:

If you begin to spot some of these behaviors, it may be best to be upfront with the person, but remain open and understanding to their feelings. If the patient feels judged, they may not be willing to open up. You will also want to show support for the individual and be proactive. Help them set up therapy sessions to discuss their thoughts with a professional, maybe enact a “no-harm” contract, and follow up frequently to ensure they are sticking to their treatment plan.

It can be difficult to care for someone with depression and suicidal thoughts, so ensure you are not neglecting yourself either. Take time for yourself, keep yourself informed on the person’s condition, and consider seeing a professional for your mental wellbeing, too. These tips can help you prevent a burnout.

Is rheumatoid arthritis considered a disability?