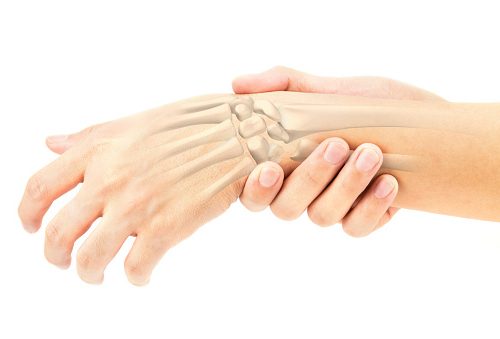 Arthritis is joint pain caused by inflammation and it affects nearly 54 million U.S. adults. About 1 in 4 citizens are living with arthritis today, according to the latest Centers for Disease Control (CDC) monthly report, Vital Signs. This means that about 24 million Americans are currently experiencing debilitating joint pain, limiting their ability to do everyday activities, and this statistic continually increases as time goes on, making arthritic disorders now among the leading cause of disability in the U.S.

“Everyone knows someone with arthritis—family members, friends, and neighbors,” says CDC Acting Director Dr. Anne Schuchat. “The news is this: Arthritis is at an all-time high. More than 54 million people report a diagnosis of it. Alarmingly, more people with arthritis are suffering from it.”

Dr. Schuchat is concerned about the number of lives being limited by the disease, as this percentage has increased by about 20 percent in 2002 to 43 percent in 2015.

“When I say limited,” Schuchat explained, “I mean that adults may not be able to kneel on the ground, hold a cup, lift a grocery bag, or walk to their car, [and] today’s Vital Signs report finds that 24 million adult American lives are limited because of their condition.”

Estimates given by a 2016 study published in the journal Arthritis & Rheumatology suggest that by the year 2048, approximately 78 million U.S. adults ages 18 or older are expected to have doctor-diagnosed arthritis, which is 26 percent of the current population.

Dr. Schuchat proclaims that the U.S. incidence of arthritis is at an all-time high and is negatively affecting the lives of millions of Americans. She goes on to point out the increasing levels of obesity in the general population as being a likely co-factor, but also notes that the CDC hasn’t done a complete analysis although they do recognize a connection between severe arthritis and obesity. The CDC monthly report’s analysis indicated that nearly one in three obese adults also have arthritis, and about half of all adults with heart disease or diabetes have arthritis.

In the public health field, arthritis has a broader meaning. It is used as a collective term for more than 100 rheumatic diseases and conditions that affect joints, surrounding tissues, and other connective tissues. The most common form of arthritis is osteoarthritis, followed by gout, fibromyalgia, rheumatoid arthritis, and lupus.

According to the CDC, the most common symptoms of arthritic diseases:

Other symptoms that result from the ones mentioned above include anxiety or depression, which is reported in approximately one-third of adults over age 45 with arthritis. About three in ten find movements such as stooping, bending, or kneeling very difficult, with more than 20 percent of adults suffering from the disease finding it extremely difficult or nearly impossible to walk three blocks. Dr. Schuchat goes on to say that direct medical cost to the U.S. economy because of arthritis is estimated to be about $82 billion annually.

Adults are recommended to stay active, as it can decrease pain and improve function by about 40 percent in most cases, according to the CDC.

“In the past, people with arthritis may have been told not to be active in fear of making their arthritis worse,” she said, “[but] it’s now proven that being physically active can be helpful, and there are ways to be active that can accommodate physical limitations from arthritis. We want people to know it’s best to address their arthritis before symptoms become more severe.”

By being active and not allowing the pain from arthritis to dictate how you act, you’ll be able to improve your symptoms. Swimming, biking, and even simply walking can go a long way to improving the pain and function of arthritic individuals.

Related: Arthritis responsible for disability in one of four American adults

Misdiagnosed injuries may result in arthritis