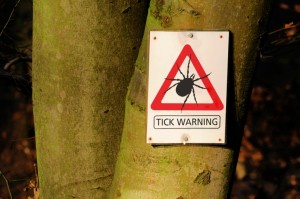 Experts at the Centers for Disease Control and Prevention and the Indian Health Service, released the results of a study tracking Rocky Mountain Spotted Fever (RMSF).

The study included a partnership with Arizona tribes and found $13.2 million in losses linked to the epidemic between 2002 and 2011, on two reservations. This does not represent the total cost as it does not account for long-term losses from disability and expensive medical procedures.

RMSF occurs throughout the United States, but has only recently become an urgent issue for American Indians in Arizona. The severity of the epidemic can be illustrated by the more than 300 cases of RMSF and 20 deaths that have occurred on Arizona Indian reservations between 2002 and 2014.

RMSF is a bacterial infection caused by Rickettsia rickettsii and is spread through the bite of an infected tick. The tick known to transmit RMSF in Arizona—the brown dog tick—can be carried to home sites by untreated community dogs and pets.

Once infected, the patient’s condition deteriorates rapidly, the average time from the beginning of symptoms to death is only eight days. In the early stages, there are non-specific symptoms such as fever and headache, vomiting, diarrhea, and sometimes rash. More than 20 percent of untreated cases are fatal.

CDC, IHS, state, and tribal governments are working together to develop effective prevention programs to gain control of this devastating epidemic.

While there is no vaccine available for RMSF, but it can be halted by preventing tick bites.

Published in The American Journal of Tropical Medicine and Hygiene, the study reviewed 205 medical records from two American Indian communities at the center of the epidemic.