Home » Health News » Are Your Sleep Troubles as Simple as Self-Control? 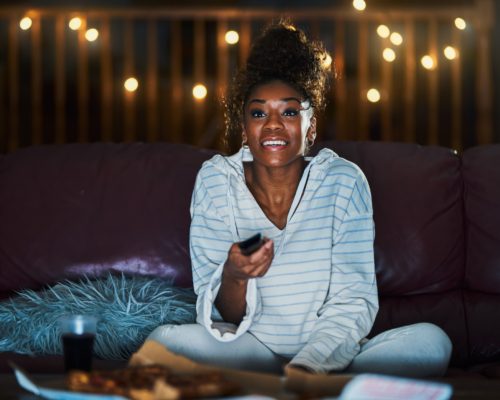 This week is off to a rough start. To tell you the truth, I’ve done something I haven’t done in at least 8-10 years: I watched my favorite sports team on its west coast road trip. The late nights are taking its toll.

But it got me thinking about sleep and “sleep hygiene.” So, many specialists recite recommendations like avoiding television, dimming the lights, or doing something relaxing like reading before bed. But does this stuff really work? I think part of the problem isn’t necessarily that North Americans have poor sleep hygiene, but rather that there is stuff we’d rather be doing. For example, I made the conscious decision to stay up way past bedtime the past two nights. And I’m typically a great sleeper who doesn’t necessarily follow the rules of sleep hygiene!

Some new research by the American Academy of Sleep Medicine is also showing that the nations’ sleep crisis may be more about self-control—or a lack of time—than sleep hygiene.

For example, the poll noted that people stay up late to read, watch television episodes, or watch overtime in sports games. And as someone who’s done all of those things, I can say that I have no trouble falling asleep once I’ve gone to bed. The blue lights on the TV don’t seem to play much of a role—what is keeping people up is choosing to pursue another episode or keep flipping the pages. But these decisions, of course, do not come without consequence.

Adequate sleep is essential to good health and no matter how or why you’re losing it, there will be health implications. Too little sleep can lead to poor cognitive function, bad moods, and an increase of risk of injury, and is also associated with high blood pressure, weight gain, and other chronic illness.

The poll found that most of the 2,000 respondents ranked sleep as their second-highest priority behind family. It also discovered:

I’m sure sleep hygiene can help, but it’s quite possible it’s not the main driver behind sleeplessness. We just have to learn to remember that the shows, pages, and scores will be there tomorrow!