Home » Health News » Are You Walking Your Way Towards a Dementia Diagnosis? 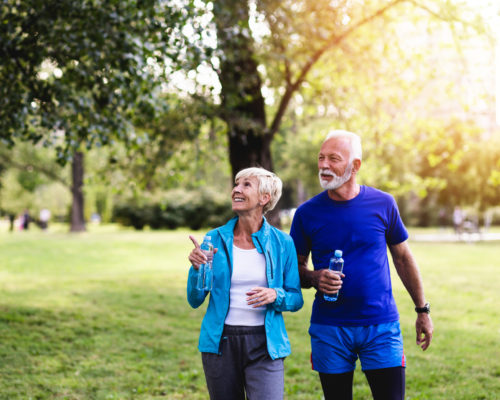 Memory tends to slip a bit with age. Although it can be alarming, it doesn’t necessarily indicate dementia or Alzheimer’s. But it doesn’t mean you aren’t walking towards a diagnosis.

On its own, memory loss is not enough to guarantee a dementia diagnosis. Most people experience some degree of normal, or accepted, memory slippage. It’s part of life.

But if your memory is slipping and your feet are shuffling more slowly, it could offer some insight into your future mental health.

Using results from six large-scale studies, researchers determined that individuals experiencing both memory decline and slow walking speeds were more likely to develop dementia than those who experienced only one of those aging markers.

Slow walking speed was defined as anything less than two feet per second.

Published in the journal Geriatrics, participants who underwent the “dual decline” had a 5.7 to 11.7 times higher risk of developing dementia in comparison to “usual agers.”

Past research has shown that regular exercise-like walking at a moderate to brisk pace can reduce symptoms of mild cognitive impairment and potentially delay dementia/Alzheimer’s. This likely has something to do with blood flow in the brain.

Dementia and Alzheimer’s are major challenges facing the aging population of America, Canada, and other countries around the world. Knowing that there is an association between walking speed, memory, and mental health can help you build a defense plan.

You can keep a tab on your mental health by participating in activities that test your body and brain. Getting out for physical activity—and occasionally pushing yourself to go a little faster—as well as doing things that force you to use your mind can help.

Attempting to learn a new skill, socializing with friends (and trying to remember the information they give you, via recall), and reading can all help stimulate the brain and potentially promote a better memory.

Dementia, like other health conditions, can best be prevented and managed if caught early. Pay attention to how you’re thinking and moving to assess your risk.