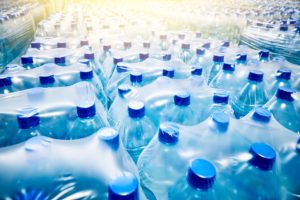 Is drinking water compromising liver health? It might be, depending on who you ask.

Look, we all need to hydrate. But let’s be real: our water supply isn’t exactly as pure as it used to be. Drinking water—much like the freshwater and ocean water that supply us with seafood—are loaded with pollutants. One pollutant is plastic. And our drinking water is teeming with it.

But you can’t see it. The small particles, known as microplastics, are only about five millimeters, tops. They are accumulating in your body and, according to some research, jeopardizing liver health.

Although other research indicates you’ll be fine. For example, the World Health Organization (WHO) recently said microplastics consumed in drinking water are nothing to worry about. And when you consider some of the other stuff that’s in the water supply—trace amounts of pharmaceutical and illicit drugs, for example—little plastic particles don’t seem like too big of a deal.

Of course, results found in animal tests don’t always—or even often—translate to humans. And just because you’re ingesting something doesn’t always mean you’ll get sick. Drinking water, just like the oxygen you breathe or the food you eat, isn’t pristine.

Still, there might be a slight cause for concern. Researchers on both sides of the microplastics debate state that far more research is required to really determine what, if any, negative health effects result from ingesting microplastics. It’s still a relatively new phenomenon.

In the meantime, it might make sense to do everything you can to bolster liver health. This includes maintaining a healthy weight, avoiding processed foods, consuming antioxidant-rich fruits and vegetables, and limiting alcohol intake.