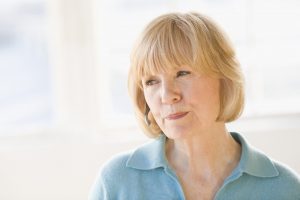 Women have higher rates of anxiety than men, according to research. Furthermore, women who experience anxiety are most likely to reside in North America or Western Europe. The new British study found that women have double the risk of anxiety than men.

In North America, nearly eight out of 100 people suffer from anxiety, compared to less than three out of 100 in East Asia.

Lead researcher Olivia Remes said, “Anxiety is important and shouldn’t be overlooked. Sometimes, people think that anxiety is just a part of their personality or that there’s nothing they can do about it, but there is.”

Anxiety disorders are characterized by extreme fear, worry, and avoidance of potentially stressful situations or environments. “There are treatments, including psychological treatments and medication, and other things people can do to help their mental health, such as physical activity, meditation, and yoga,” Remes added.
The researchers looked at over 1,200 previously published articles on anxiety and focused on 48 of them.

Furthermore, individuals who have other health problems are more likely to experience an anxiety disorder, with nearly 70 percent of individuals reporting anxiety alongside a coexisting illness.

In the U.S., anxiety disorders cost $42 billion annually, and in the European Union, over 60 million people suffer from anxiety in a given year.

Remes added, “Anxiety can be expressed differently in other cultures. For example, social anxiety in the West — people are worried that people are always looking at them, being critical — they are extremely self-conscious, whereas people in Asian cultures are afraid of causing others offense.”

Anxiety can be well-treated, but it still remains an overlooked condition. Raising awareness about the anxiety disorder could help prompt patients to seek help for their condition rather than suffering in silence.

The study findings were published in the June issue of the journal Brain and Behavior.