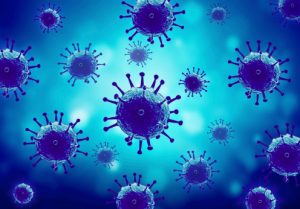 The New England journal of Medicine has recently published the results of an in-depth study on the Strategic Timing of Anti-Retroviral Treatment (START) for AIDS.

The study was done by researchers from the National Institute of Allergy and Infectious Diseases (NIAID). The goal of the clinical trial was to find out if starting anti-retroviral treatment earlier would benefit all HIV-infected individuals.

According to the findings, early administration of anti-retroviral therapy (ART) does play a role in preventing serious AIDS-related diseases. Early treatment also helps prevent the onset of cancer, cardiovascular disease, and other non-AIDS-related diseases in HIV-infected people.

The results of the study were presented at the 8th International AIDS Society Conference on HIV Pathogenesis, Treatment and Prevention in Vancouver, Canada.

The START study began in March 2011. About 4,685 HIV-infected people (both men and women) ages 18 and older in 215 sites across 35 countries participated. All of the participants had CD4+ cell counts in the normal range and had previously not taken any anti-retroviral therapy. These are white blood cells that travel throughout the body to prevent infection. Their count indicates the stage of HIV infection.

Earlier this year, researchers released their initial findings. The report stated that starting anti-retroviral therapy early on (before CD4+ cell counts to decline, and when the immune system is still robust) in those infected with the Human Immunodeficiency Virus, prevented the onset of serious complications such as AIDS-related cancers among those infected with HIV. The current study confirms their findings.

Demographic parameters like age, sex, baseline CD4+ cell counts, geographic region or country income level, did not affect the outcome of the study.