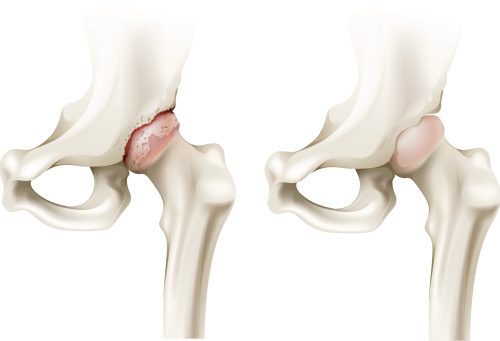 Ankylosing spondylitis, a type of inflammatory arthritis, could be intensified by physically demanding work due to an increase in inflammation, according to research presented at the American College of Rheumatology.

Ankylosing spondylitis (AS) is an inflammatory arthritis that comes with joint stiffness, pain, and new bone formation. It can lead to partial or even complete fusion of the spine.

Assessing data from close to 200 ankylosing spondylitis patients, researchers studied the relationship between inflammation, mechanical stress, and progression of the disease. They took into consideration factors such as job type, physical behavior, as well as smoking habits and socioeconomic indicators. At the beginning of the study, the AS patients had X-rays and assessments for disease. They also went through tests at twice-yearly intervals throughout the study. Structural damage was measured using a special scoring system known as the Stoke Ankylosing Spondylitis Spine Score or SASSS. Disease was assessed through a system called the Ankylosing Spondylisitis Disease Activity Score (ASDAS).

The results showed that both physical work and smoking increased the effects of the disease. Among blue-collar workers versus white-collar workers, every additional unit of disease activity (on the ASDAS) resulted in an increase of 1.2 versus 0.2 SASSS units per two years. The researchers also discovered that income had an impact on inflammation and disease progression.

The researchers believe that strenuous physical exertion, including physically demanding blue-collar jobs, may increase some effects of inflammatory arthritis and progression of AS. They suggest that their work may also support the notion that “mechanical stress leads to bone formation in AS.”


Effects of ankylosing spondylitis on body

Ankylosing spondylitis usually attacks the spine. However, other joints can be targeted by the disease. Usually, the joints and ligaments of the spine become inflamed, causing back stiffness and pain. In some cases, bones can fuse together, making it difficult to bend down. Over a long period of time, AS can lead to curvature of the spine, leading to a stooped posture.

There are some people with AS that experience pain and stiffness in their hips, knees, ankles, heels, or shoulders. There are even situations where it can damage the eyes, heart, or lungs.

Although medical scientists don’t know why, this form of inflammatory arthritis tends to impact young men before the age of 35. Some experts believe there is a genetic link to the disease.

Ankylosing spondylitis is a chronic inflammatory arthritis, but most people who have it lead active lives. Still, they have to pay close attention to posture and manage their symptoms. Rheumatologists say that maintaining a straight posture even when sleeping is important if you suffer from AS. For example, sleeping with your legs straight, as opposed to curled up, is best. 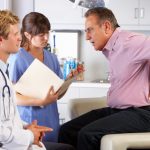 Like most chronic inflammatory diseases, there is no cure, but there is ankylosing spondylitis treatment. Getting proper care and treatment is important because it can help delay and prevent stiffening and fusing of the spine.

A combination treatment is most often prescribed by doctors. This could include ankylosing spondylitis physiotherapy treatment and medications.

When it comes to ankylosing spondylitis physiotherapy treatment, a healthcare professional will guide each patient on what approach is best. It could mean that the patient works one-on-one with a therapist or does specific exercises on their own. Massage therapy may also be recommended. Hydrotherapy, which is exercise in water, is also used to treat people with AS. The buoyancy of the water helps to make movement easier, while the warmth assists in relaxing the muscles.

Unfortunately, there are cases where people do not respond well to exercise. They are sometimes prescribed painkillers. This can include nonsteroidal anti-inflammatory drugs (NSAIDS). Anti-TNF medication is also used to treat people who suffer from ankylosing spondylitis. TNF stands for ‘tumour necrosis factor’. It is essentially a chemical produced by cells when tissue becomes inflamed. This medication is given by injection and reduces inflammation in the joints caused by AS. Anti-TNF is a fairly new type of treatment, so the long-term effects are unknown.

The National Institute for Health and Care Excellence (NICE) has set out ankylosing spondylitis guidelines for the use of anti-TNF medication. It can only be used under the following conditions:

Since there is no known cause for ankylosing spondilitis, there are no real preventative measures. The best option is in preventing AS from becoming worse. Sufferers of the inflammatory disorder can do so by following prescribed treatment, not overdoing any physical activity, avoiding smoking, and paying close attention to posture. Rheumatologists also say that listening to your body and following up with your physician regularly should help you maintain a healthy active life with AS.

Lower back pain may be ankylosing spondylitis, a type of spinal arthritis