Home » Health News » How Anger Could Be Fueling Chronic Illness: Why Taking a Chill Pill Can Aid Long-Term Health 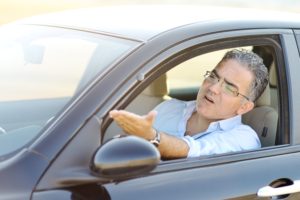 If you’re someone with a short fuse, you may want to find a way to calm down. It could play a major role in your risk for chronic illness.

A new study published by the American Psychological Association proves that there’s a strong association between anger and increased inflammation. Although inflammation is completely normal and healthy, too much exposure to it puts your health at risk. Chronic inflammation is associated with several long-term health conditions, including heart disease, type-2 diabetes, and Alzheimer’s disease.

The study looked at how negative emotions impacted inflammation. Examining anger and sadness, researchers from Concordia University in Montreal learned that only anger was associated with spikes in the inflammatory response.

Researchers collected and analyzed data from 226 adults between the ages of 59 and 93 over one week. The participants filled out questionnaires about the frequency they experienced anger or sadness and gave blood samples to identify inflammatory markers. Researchers concluded that experiencing daily bouts of anger, within the oldest cohort of those aged 80 and older, was associated with increased inflammation that could contribute to chronic illness.

According to lead author Meaghan A. Barlow, younger people exhibited less of an inflammatory response because they tend to use anger as motivation. Older folks, she suggests, have a harder time with anger because it may be the result of irreversible loss or a former pleasure that’s now out of reach.

Because anger can cause stress, which can also promote inflammation, it may hit as a double-whammy. And the best redress may lie in being able to alter perspective. Instead of being bothered by things beyond your control, for example, accept how things are and how you can live your best life.

Putting things in perspective—like if you see something on television, or if a driver cuts you off—can also help. At the end of the day, these two things will leave you no worse off, so any sense of anger is a waste of energy.

You can also try focusing on the things you do enjoy and limiting exposure to those that don’t. The more time you can spend in a happy place, the less likely you are to experience anger.

Seeking help is another option. Getting on top of this negative emotion could pay dividends down the road, even if the benefits are not noticeable at the moment.