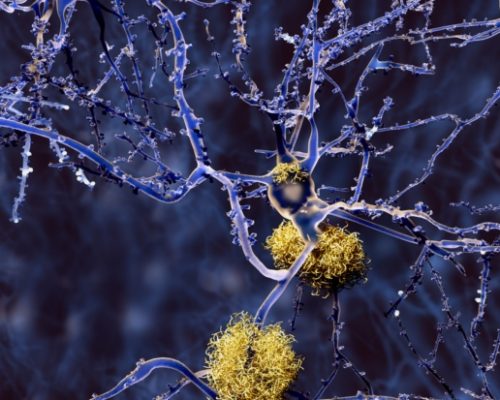 The study included 22 people with Alzheimer’s disease who were compared to 35 healthy controls.

Testing showed that those with Alzheimer’s disease had thicker walls of the left ventricle which reduced the ventricle’s ability to expand and take in blood.

Researchers suggest that amyloid plaques could contribute to this condition. Cardiologist Dr. Alfred Bove explained, “If the heart muscle has deposits of something in it, it will get stiffer. If it doesn’t relax appropriately, it can produce heart failure even though the squeezing capacity of the heart muscle is still pretty intact.”

“Patients with Alzheimer’s disease, now they have new drugs that prolong their life. It is likely they will also have cardiac problems, and maybe other organ problems. It is not a brain issue only. It is a systemic disease,” added Dr. del Monte.

In other studies, amyloid deposits have been found in other areas of the body including the gut, kidneys, and muscles.

In order to obtain a greater understanding of amyloid deposits in the heart, a larger study will need to be conducted. In the meantime, doctors should pay attention to the heart health of Alzheimer’s disease patients and address their other risk factors for heart failure and heart disease.

Heart medications may help treat Alzheimer’s disease by reducing plaque buildup in the brain’s blood vessels. Researcher Prof. Magnus Grenegård explained, “You should be careful not to draw any major conclusions from experimental studies, but we have certainly identified an interesting approach worth taking further.”

The study revealed how the protein beta-amyloid sticks to the surface of blood platelets, initiating a chain reaction of rapid plaque buildup.
“Plaque causes nerve cells to die at too fast a rate, causing the symptoms indicative of Alzheimer’s disease, such as memory loss. Our study is an example of solid biomedical basic research at the cell and molecular levels which points to a link that was previously unknown. What is shown is that cells in the blood may play a significant role in the development of plaque, which is found in patients with Alzheimer’s disease,” added Grenegård.

The researchers tested a heart medication that is commonly used to prevent blood clots and reduce the risk of a heart attack. In the mice trials, the lumps of protein plaques were reduced by this medication which means it slows down the process both in the blood vessels and in the brain.

“In deep structures of the brain, where certain memory functions are controlled, there was a clear trend of reduced plaque presence. We do not know if this is transferrable to humans; if the effect would be the same. To find out, new follow-up studies are required. Unfortunately, this is a lengthy process — it will be years before we know. But at least we have identified a new, interesting approach with respect to plaque formation,” continued Grenegård.