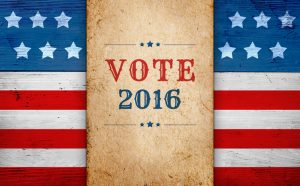 The presidential election is causing Americans mounds of stress, according to new survey results. Lynn Bufka, associate executive director for practice research and policy at the American Psychological Association (APA), explained, “We’re seeing that it doesn’t matter whether you’re registered as a Democrat or Republican — U.S. adults say they are experiencing significant stress from the current election.”

“Election stress becomes exacerbated by arguments, stories, images and video on social media that can heighten concern and frustration, particularly with thousands of comments that can range from factual to hostile or even inflammatory,” Bufka added.

To save yourself from the discomfort, experts suggest limiting your exposure to anything that has to do with the debates, presidential campaign, and elections.

The survey found that 52 percent of American adults over the age of 18 attribute the presidential election to their stress levels.

Here are some tips by the APA to help reduce election-related stress:

Is the upcoming election hurting your blood pressure?