Home » Health News » Americans are heavier today than 20 years ago 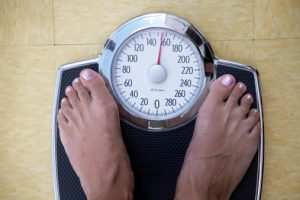 On average, Americans are 15 pounds heavier today than they were 20 years ago, according to recent findings. The weight-gain epidemic isn’t exclusive to adults only. In fact, even 11-year-olds were found to be heavier without getting any taller, compared to weight trends two decades ago.

Dr. David Katz, the president of the American College of Lifestyle Medicine, said, “We are not doing nearly enough to control and reverse the obesity epidemic and doing far too much to propagate it. This is another notice of that sad fact.”

The average weight for women went from 152 pounds to 169 pounds, with the average height also remaining the same, standing five feet four inches tall.
Anthony Comuzzie, obesity expert, explained the significance of such weight gain, “A 15- to 16-pound weight gain is fairly significant and typically would be consistent with a couple of points increase in body mass index. From a practical point, [the average weight gain] means that someone who was on the high end of normal weight would have likely moved into the overweight category and those at the high end of the overweight category would have likely moved into the obese category.”

There are numerous reasons for the weight gain, like an increase in high-calorie foods and a decrease in exercise. But when you get to the very basics of weight loss and weight gain, it all comes down to a simple relationship: More energy should be burned than consumed. As people increasingly gravitate towards a more sedentary lifestyle, they spend less energy while consuming more food. End result? Weight gain.

Comuzzie suggested that the American population is gaining weight at “a fairly rapid rate, and such an increase does not bode well for the overall health of the nation. The findings suggest there will likely be an associated increase in chronic diseases like type 2 diabetes and heart disease in the coming years.”

Katz concluded, “There are many active efforts to combat obesity, but our culture at large is in the business of propagating it for profit, from big food to big media to big pharma. It’s that simple. We do much more, across the expanse of our culture, to foster obesity than to defend against it.