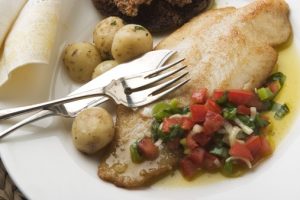 A new study has found that fat-based diets may help combat Alzheimer’s disease in mice models. There is currently no cure for Alzheimer’s, and although there are treatments to ease symptoms, not much is available to slow down the progression of the condition. More research still needs to be conducted in order to help combat this common form of dementia.

It is well known that lifestyle interventions are critical when it comes to maintaining a healthy mind. Dietary factors have long been studied to determine their influence on the brain. For example, much research points to the benefits of consuming fish due to its protective properties for the brain.
An EU-funded project wanted to explore the impact of a fat-based diet on the brains of young adult mice to see if it would slow down the progression of Alzheimer’s disease. Over the course of three weeks, the mice were fed a fat-rich diet, containing fish oil or stigmasterol, a sterol found in plant-based fats. Both were found to decrease responsiveness of the hippocampal muscarinic receptors to acetylcholine, a neurotransmitter associated with the memory deficits in Alzheimer’s disease.

The findings reveal that specific diets may be able to target and protect the brain from key changes that normally occur in Alzheimer’s disease.

The findings were published in Current Alzheimer’s Research.