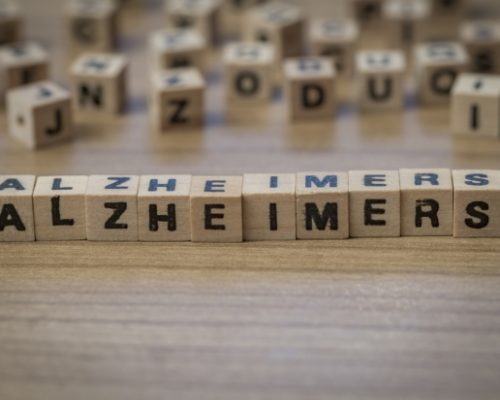 In Alzheimer’s disease, cognitive impairment may be improved with probiotics. Probiotics have been shown to help aid in other conditions such as IBS, IBD, allergies, colds, and many more. Although researchers have long hypothesized that probiotics may have a positive influence on cognitive health, there was little evidence to support this notion.

The idea that probiotics may support cognitive health stems from the fact that the brain and the gut are in constant communication with one another. Studies on mice taking probiotics have uncovered improvements in memory and thinking along with a reduction in anxiety and depression.

Until the latest findings, there was minimal evidence to demonstrate whether probiotics would have similar effects on humans.

The researchers conducted a randomized, double-blind, controlled clinical trial of 52 men and women with Alzheimer’s disease. Half of the patients received 200 ml of enriched milk with four probiotic strains, and the other half received untreated milk. Blood samples were collected at the beginning and the end of the study period, and the participants’ cognitive function was tested as well.

The researchers saw improvements in memory and thinking in the probiotic group. Although the results were moderate, they do demonstrate how probiotics can be beneficial in improving cognitive function.

Senior author of the study Prof. Mahmoud Salami explained, “In a previous study, we showed that probiotic treatment improves the impaired spatial learning and memory in diabetic rats, but this is the first time that probiotic supplementation has been shown to benefit cognition in cognitively impaired humans.”

“These findings indicate that change in the metabolic adjustments might be a mechanism by which probiotics affect Alzheimer’s and possibly other neurological disorders. We plan to look at these mechanisms in greater detail in our next study,” Prof. Salami added.

In order to diagnose Alzheimer’s disease, the doctor must review the patient’s medical history along with current symptoms. The doctor will evaluate the impairment of memory and thinking, personality and behavioral changes, the degree of memory impairment, the impact of thinking problems on daily activities, and the cause of the symptoms.

Additional tests to diagnose Alzheimer’s disease and rule out other causes may include brain imaging tests and memory tests.

It is also important that your doctor rules out other conditions that could yield similar symptoms, such as Parkinson’s disease or depression, so specific testing for these other conditions may be warranted, too.

To properly assess memory problems and symptoms, the doctor will request mental status testing, neuropsychological tests, and conduct interviews with the patient’s friends and family members to evaluate symptoms and confirm any changes.

The combination of all these tests can help narrow in on a diagnosis of Alzheimer’s disease. Once the diagnosis is confirmed, a series of treatments will be prescribed to help improve symptoms.

Alzheimer’s disease and hallucinations: Coping with delusions in Alzheimer’s