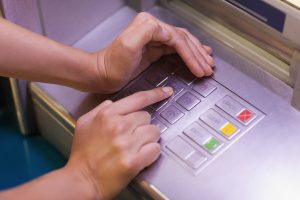 The researchers took swabs from 66 ATMs across New York.

ATMs in Laundromats had the highest amount of bacteria, along with ATMs in stores. Most common type was lactic acid bacteria, usually found in decomposing plants or milk products.

Many of the ATMs in Manhattan had mold bacteria associated with spoiled baked goods.
Senior author of the study Jane Carlton explained, “It seems plausible that this fungus may have been transferred from people who have recently handled baked goods, particularly in a commuter-heavy area such as midtown Manhattan where there are many nearby convenience stores and cafes selling this type of food product to business workers. Our results suggest that ATM keypads integrate microbes from different sources, including the human microbiome, foods, and potentially novel environmental organisms adapted to air or surfaces.”

Carlton concluded, “DNA obtained from ATM keypads may therefore provide a record of both human behavior and environmental sources of microbes.”