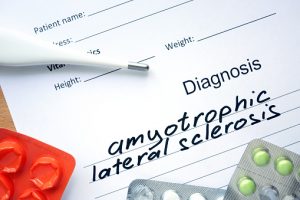 alysis of people who have succumbed due to ALS reveal clumps of protein called TDP-43. A recent study by researchers at Johns Hopkins, involving brain tissue from mice and humans, sheds new light on the role of TDP-43 in normal cells and the reason for their accumulation in pathological conditions.

The details of the article are published in the August 7 edition of Science. According to the findings, the physiological role of the protein is to prevent cryptic exons (unwanted stretches of RNA) from being used by nerve cells to make proteins. But when there is excessive bunching of TDP-43 inside those cells, it malfunctions, and the cryptic exons get a free rein. Once this happens, it quickly progresses to brain or spinal cord cell-death.

According to Philip Wong, a professor of pathology at the Johns Hopkins University School of Medicine and senior author of the study, the role of this protein in health and disease has been a mystery. In fact, about 10 years ago, scientists first described the clumps of TDP-43 that commonly appear in the degenerated brain or nerve cells of those with amyotrophic lateral sclerosis(ALS), but the researchers could not determine whether the clumps were the cause of ALS or the effect of the disease. One school of thought was that the clumps themselves were toxic. The other school propounded the theory that the clumps were just preventing TDP-43 from carrying out its normal role.

To figure out which theory might be right, Jonathan Ling, a graduate student in Wong’s lab deleted the gene for TDP-43 from both lab-grown mouse and human cells. Once he did this, he detected abnormal processing of cryptic exons. Specifically, they found that these segments of RNA were being included, instead of excluded, by the cells.

When the researchers studied brain autopsies from patients with ALS they confirmed that not only were there build-ups of TDP-43, but also cryptic exons in the degenerated brain cells.

However, there were no cryptic exons in the brain tissue of healthy people. This finding suggests that when TDP-43 is clumped together, it no longer works, and the cells function like as if there was no TDP-43 at all.

The researchers caution that in spite of the study, the role of TDP-43 in ALS is not fully understood. While the study shows what happens after TDP-43 is lost, it does not reveal why it clumps up in the first place. Wong’s group is planning studies that may answer these questions, as well as additional tests on how to treat TDP-43 pathology in humans.