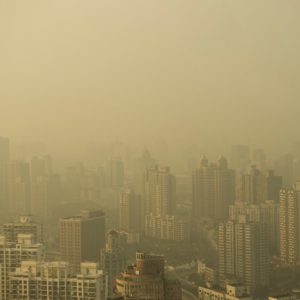 Air pollution and global climate change are subjects that make the daily headlines, especially since the recent Paris Climate Conference, but did you know that studies show air pollution raises dementia and stroke risk in seniors, as well as increases general cognitive decline in elderly women?

A study published in the Journal of the American Medical Association indicates that constant exposure to air pollution could “accelerate” cognitive decline in older adults. Approximately, 19,000 women between the ages of 70 and 81 were included in a study that examined the influence of particulate air pollution on cognitive health. Models were developed to estimate exposure over a one-month period and as long as seven to 14 years. Assessment measures included general phone conversations, basic cognition tests, verbal memory exams, as well as tests of category influence, working memory, and attention.

The researchers discovered that higher levels of long-term air pollution (exposure to particulate matter) were linked to a significantly faster cognitive decline. In fact, their data showed that cognitive decline in women was equivalent to someone two years older. Essentially, this means the people exposed to more pollution aged faster in a brain-functioning sense.

Air pollution is made up of small particles referred to as particulate matter. Some are fine and some are coarse. If they are the width of a human hair, which is about 2.5 microns, they are considered fine. Particles between 2.5 and 10 microns are classified as coarse.
The experts concluded that long-term exposure to particulate matter (both fine and coarse) is linked with much worse cognitive decline in older women.

Previous studies have linked exposure to particulate matter with cardiovascular risk, which may also play a role in causing cognitive decline.

Air pollution may increase risk of dementia and stroke in seniors

Air pollution research, including studies in Taiwan and the United States, suggests that particulate matter contributes to the risk of dementia and stroke in the senior population. Taiwan is home to the second highest rate of aging residents, so it is no wonder the medical community there has taken an interest in the subject. Using information from blood samples, as well as data from the Taiwan Environmental Protection Administration, experts were able to measure the association between particulate matter and brain function. They concluded that long-term exposure of high levels of air pollution was associated with an increased risk of dementia.

New research conducted in the United States suggests that people experience increased risk of dementia and stroke when constantly exposed to air pollution. One study involving more than 900 adults revealed that air pollution increases risk of dementia, and specifically ages the brain by the equivalent of one year.

A report published in the journal Stroke revealed that even small increases of air pollution, such as 2 micrograms per cubic meter of air, in levels that are often found in cities, was enough to increase risks.

Researchers at Boston University School of Medicine have reported that they have discovered a 46 percent higher risk of silent stroke in cases where there is significant air pollution exposure. A silent stroke is a type of stroke that doesn’t seem to present any symptoms, so the patient isn’t aware they have suffered a stroke. Silent strokes have been known to lead to dementia, depression, and mobility problems.

Air pollution cutting in half by switching to side streets 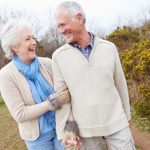 Both medical and environmental data seems to suggest a great deal of our air pollution exposure comes from built-up cities. Dr. Rossa Brugha is a pollution researcher at Queen Mary University in London. He discovered that people could improve their health by simply using side streets when they walk as opposed to main roads. Brugha discovered that air pollution decreases rapidly just a few metres away from main roadways.

In conducting walking tests and taking particulate matter measurements, Brugha found that pollution fell 50 percent by avoiding main roads. The doctor believes that pollution in cities can be equivalent to smoking half a cigarette per day and is very damaging for kids since their lungs are still developing.

Research shows that children get one-third of pollution from their route to school. Parents are advised to help their kids find better routes to and from school, like pathways that take them away from high traffic areas.

According to the World Health Organization, more than three million people die prematurely every year from constant exposure to air pollution. By the year 2050, it is estimated that number could jump to as high as 6.6 million. While high traffic areas are a big contributing factor, they aren’t the only problem. As pointed out by the World Health Organization, residential energy emissions from fuels used for cooking and heating, particularly in countries like India and China, have a huge impact on pollution-related deaths worldwide.