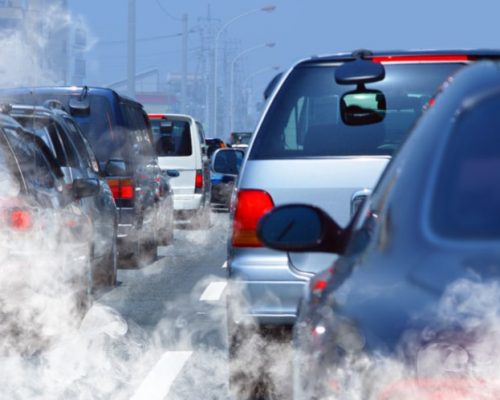 Air pollution is the presence of harmful chemicals and toxins in the air. It can be small scale, caused by sources like secondhand smoke from a cigarette, burning wood, or aerosol spray products. Or it can be large scale, including citywide smog and car emissions.

Pollution in the air is made of fine particulate matter that can stay in the air longer than most other particles because of their virtual weightlessness, meaning there is a higher chance that people will breathe the particles in over long periods of time.

In the past, research has associated air pollution with serious health conditions including asthma, organ inflammation, and diabetes. A new study has found that air pollution may also contribute to the development of chronic kidney disease (CKD), a condition where the kidneys become unable to properly filter blood.

According to the researchers, 27 million Americans are affected by the condition. As a result, they have eight times higher risk of death caused by cardiovascular issues. Those living with other health conditions, such as obesity, hypertension, and heart disease are already at an increased risk of developing CKD. If they live in highly polluted areas, this risk becomes even more significant.

“Kidneys have a large volume of blood flowing through them, and if anything harms the circulatory system, the kidneys will be the first to sense those effects,” said the study’s lead author Jennifer Bragg-Gresham.

The researchers gathered data on participants’ health from Medicare claims and information on air quality from the Centers for Disease Control and Prevention. All participants were 65 or older.

“What this means for the countries with higher PM2.5 [air pollution] is significantly higher odds of CKD,” says Bragg-Gresham. “Our research was only able to examine a small range of PM2.5 values present in America but was able to find a significant association.”

The researchers caution people living in highly polluted areas to take the risks it poses to their health seriously. They advise limiting time spent outdoors and wearing a mask over their nose and mouth when it can’t be avoided. They also warn against spending many hours stuck in traffic while commuting. “Many people don’t see the seriousness of air pollution because it isn’t something visible, but that doesn’t mean it’s any less important for your health,” says study co-author Rajiv Saran.

These results also have implications for the safety of current air pollution regulations. While it is difficult to pinpoint the exact cause of air pollution in different areas, reducing overall pollution in the air can have nothing but positive results for health and environmental sustainability.