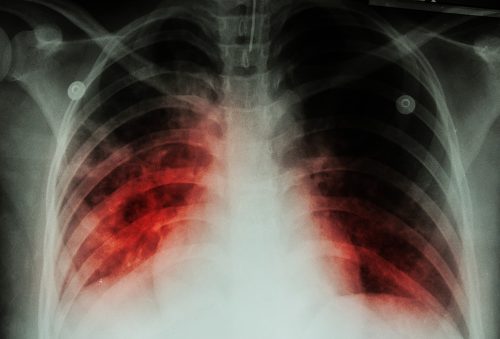 Tuberculosis raises its ugly head at the University of Alabama, and the state health authorities are going all out to nip – what could be a potential scare – in the bud.

Tuberculosis (TB) is an infectious disease caused by the bacterium Mycobacterium tuberculosis. The disease typically attacks the lungs but can also affect other parts of the body. It is an air-borne disease that spreads when people who have an active TB infection cough, sneeze or otherwise transmit respiratory fluids through the air.

In many cases, the disease is in its latent state and remains asymptomatic. However some of these latent infections progress into the active state. Classic TB symptoms of an active lung infection are fever, night sweats, chronic cough, blood-tinged sputum and weight loss. Diagnosis of TB is confirmed with the help of a chest x-ray and microscopic examination of blood cultures. Another common TB test is the PPD skin sensitivity test. Confirmed cases are treated with broad-spectrum antibiotics, but as antibiotic-resistance is very high, in spite of TB treatment, almost 50% of cases with active infections are fatal.

The current TB scare started with a student from the University of Alabama who was enrolled at the campus in the spring of this year. The infected student is currently being treated for tuberculosis in a medical care center outside Alabama. According to reports, the student is responding well to treatment and is expected to make a full recovery.

Meanwhile, the health authorities in Alabama are going into a diagnostic overdrive. They are currently in the process of notifying approximately 250 people – both on and off campus – who may have come in contact with the infected person. Due to TB treatment guidelines, they are advising all these people to get tested for TB. Of these 250 people, about 160 are still on campus while 90 more have left the campus since spring. Even as you read this, the people on campus who had contact with the infected person are undergoing blood tests.

To identify latent stage patients who will not show any symptoms, everyone will have chest x-rays done to make sure there are no legions in the lungs. Based on the results of the x-rays and blood tests, the health authorities will decide the best course of action, which could either be therapeutic or preventative.

Though the health officials are treating this very seriously, they are assuring the public that this is not an ‘outbreak’ and there is no cause for panic.

According to Pam Barrett, Director of TB Cases for the Alabama Department of Public Health, whenever an active case of tuberculosis is detected, the most important thing to do is prevent future cases. And that is why there is such frenetic activity on campus. Prevention, after all, is better than a cure.
Sources:
http://www.wsmv.com/story/29864909/ua-student-being-treated-for-tb-hundreds-more-will-be-tested-for-the-disease