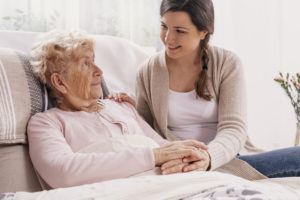 Alzheimer’s is one of the most pressing health conditions of our time. As many as five million Americans are living with the condition, and the risk goes up with age. With an aging population, it stands as a significant strain on individuals, families, and the healthcare system.

There is plenty of data, however, that suggests risk factors are modifiable. And a new study is showing that five specific behaviors can have a significant role in reducing or raising the risk of Alzheimer’s disease.

If you closely follow a Mediterranean diet, get consistent moderate or intense physical activity, don’t smoke, consume light or moderate amounts of alcohol, and keep your brain engaged in challenging activity, you’re substantially less likely to get Alzheimer’s.

No one had Alzheimer’s at the onset of the study. They were followed for an average of 6 years, and in that time, 608 developed Alzheimer’s.

People who had four or five of the lifestyle measures seen above had a 60-percent reduced risk for Alzheimer’s compared to those who had none or one. Participants who had two or three were 37% less likely to get it than those who adhered to at least one.

This tells us that these factors are each independently influential, and each contributes to Alzheimer’s risk. When combined, they can substantially lower your risk for dementia as you get older.

So, what can you do? Live a healthy lifestyle.

Start paying a little more attention to how you exercise, eat, and enjoy yourself. Adopting a Mediterranean-style diet that’s rich in leafy greens, berries, nuts, poultry, fish, and limited fried foods is a great place to start. Making a commitment to get 30-60 minutes of exercise per day is also recommended.

From there, look at how you spend your spare time. Engaging in cognitively challenging activities like reading, chess, checkers, or crosswords can help. When drinking, be sure to stick to a maximum of one or two standard-size drinks per day. And as always, do your best to quit smoking.

These choices can make a massive difference down the line in regards to mental health and the probability of an Alzheimer’s diagnosis.