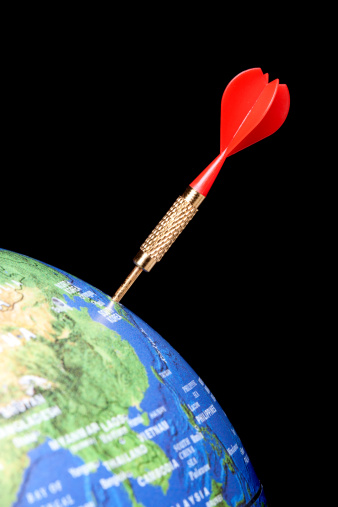 The other day, a few colleagues of mine were debating – yet again – over the issue of genetically modified foods (GMOs) in North America, spurred by a recent outcry against the U.S. for selling “genetically polluted” wheat to the international community. The USDA discovered that several commercial wheat crops had become accidentally contaminated with genetically modified wheat strains from nearby “experimental” GMO fields, causing countries like Japan, South Korea and countries in Europe – all of whom have a strict ban against genetically modified foods – to cancel millions of dollars worth of American wheat purchases.

This led us into a heated discussion about all the many food additives and food practices that have been scientifically deemed as unsafe in Europe and other regions of the world, while simultaneously, are deemed as perfectly acceptable for our health here in the U.S. In fact, not only does the American government allow these food additives to maintain a regular presence on our grocery shelves, but it also allows their presence to remain hidden from the American public. One of the other doctors in my clinic caustically remarked, “I suppose the health of North Americans must be different than that of Europeans. Or perhaps it’s just less important…”

Too often, consumers assume that if it’s been government approved, then it must be safe. Yet, if you’re a resident of the U.S., food products lining the shelves of your local grocery store carry products that have been legally banned across Europe and other countries beyond. This begs the inevitable question – why?

If a food additive or food practice has been scientifically deemed as harmful for the health of European citizens, why is it considered to be safe for your health, as an American citizen?  Why do our neighbors across the Atlantic often choose to take a much tougher and more protective stance on products containing food additives that have been given the green light here at home? I wanted to take this opportunity to arm my health-conscious readers with more of the information and tools that you need to make informed consumer choices, and to encourage you to take another, more critical look at some of the many food additives that you have been told are “safe” for you and your family.

Since the 1990s, the EU remains suspicious of genetically modified (GMO) foods. Although GM foods are widely sold in countries like the US, the EU continues to take issue with the widespread sale of GM foods, due to a lack of sufficient, long-term and wide-scale research. In light of this concern, several European countries have completely banned the sale of GM crops, while others legally require that all genetically modified foods and ingredients be clearly labeled on food packaging. Meanwhile, in the US, policies have been instituted to ensure the protection of the use of GM seeds, and enforce the fact that GM ingredients do not have to be identified or labeled on food packages.

GM foods have been on the market since 1994, but minimal research into the long-term effects of these foods on human health has been conducted. Most studies thus far have been conducted on animals, some with disconcerting results linking GM foods to liver and kidney malfunction, decreased fertility, changes in metabolism and dangerous increases in internal inflammation. In an experiment where numerous generations of hamsters were given a GM soy diet, the third generation’s ability to produce offspring was diminished by half, compared to the non-GM soy test group. What’s more, many critics claim that the alleged benefits of GM crops – from greater food production and increased control over pests and weeds to decreased use of chemicals in agriculture and larger yields – simply aren’t yielding the cost-saving results that they promise.

Ashley Koff, a registered dietitian who studies GM foods, strongly advocates for a GM labeling requirement. “As it was for trans fats, DDT, and countless other harmful chemicals…a labeling requirement would motivate seed companies to prove to consumers that their products are safe, to protect their sales.”

It’s worthwhile questioning why other countries are so cautious when it comes to GM foods, while here in North American, we are not only encouraged to purchase them en masse, but are being denied the ability to know about their presence in our foods, despite a growing movement of American people who wish to avoid them in their diets.

In U.S. dairies, a staggering 25% of cows are injected with the rBGH hormone, leaving significant traces of this synthetic chemical in thousands of our most popularly sold milk and dairy products. A disturbing effect of injecting cows with rBGH is that the resulting milk contains as much as 10 times more insulin-like growth factor (IGF-1) than the milk from untreated cows. Studies show that high levels of IGF-1 in men lead to an increased risk of prostate cancer, as well as an increased risk of breast cancer in women – these disturbing figures were more than enough to cause the EU, Canada and other countries to prohibit the use of this hormone in their own livestock.

In addition, cows regularly treated with rBGH/rBST often become infertile, lame, and prone to inflamed and infected udders. This leads to a massive increase in antibiotic intake, which also comes to lace our food products and to produce dangerous health consequences, like reduced antibiotic effectiveness and more aggressive and harmful bacterial infections.

U.S. citizens concerned about the wide-spread use of rBGH continue to struggle for laws that will allow farmers to steer clear of these synthetic chemicals, and to be allowed access to food products that have been sanctioned and labelled as “hormone-free.” While European countries continue to ban the import and sale of American dairy products, residents here at home should at least be entitled to know which products contain this scientifically questionable food additive, and be armed with the right to avoid it, if that is their choice.

Both Russia and the EU’s ban on chlorine-rinsed poultry carcasses has left U.S. producers aggravated by their lack of access to these mega-markets since, here in America, chlorine is regularly used as a poultry and egg wash. Chlorine washes act as a microbial disinfectant, preventing cross-contamination of pathogens like salmonella and E coli. Traces of these chlorine solutions then remain locked into the poultry tissues that we consume, such as the muscles, fat and liver.

However, just as chlorine is harmful to viruses and microbes, intake of chlorine can also become harmful to us. While the body can typically break down pure chlorine into a harmless compound, chlorine can become highly toxic to humans when it interacts with organic compounds, and it is known to produce carcinogenic and mutagenic by-products.

While many researchers argue that the benefits of reducing water-borne and food-borne illnesses with chlorine far outweigh the risks of cancer and other health conditions that they additionally pose, the EU, Russia, and other countries have managed to find equally effective – and much safer – procedures of disinfection when it comes to the poultry and eggs that they feed their own populations, such as air chilling, electrolyzed water treatments, and other such chemical-free strategies.

Used as an emulsifier to prevent flavoring from separating from commercially prepared beverages, brominated vegetable oil – or BVO – is another food additive widely used in the U.S., despite having been banned in the EU and in over 100 other  countries. BVO is commonly used in popular brands of sports drinks and citrus-flavoured sodas, helping these products provide a stable and consistent level of flavor for consumers.

The trouble is that BVO comes at a much higher cost to you than just a thirst-quenching soda pop – it can block the body from absorbing iodine, which can lead to thyroid issues such as hypothyroidism, autoimmune diseases and even cancer. What’s more, bromine – the main ingredient of BVO, and also commonly used as a flame retardant – is considered to be a toxic chemical, and has been linked to hearing loss, growth issues, organ damage, and schizophrenia.

Protect Yourself from “Safe” Food Additives

While reading food labels should not become an overwhelming experience fraught with fear and paranoia, it doesn’t take very much time to familiarize yourself with certain ingredients that you can train yourself to avoid – even if they’ve been deemed as “safe” by your local government. And, as usual, I encourage you to rely more heavily on natural foods, such as fresh vegetables, fruits and unrefined, raw grains, as the staples in your diet. They will not only help you steer clear of questionable food additives all together, but are also more replete with nourishing vitamins, minerals and nutrients that boost your health, longevity, peace of mind, and your overall quality of life.

Your health is your right, and while it doesn’t always seem easy, it is important that we all take personal responsibility for it. Take control of your health, of how you treat your body, and of what you put inside it – because if you don’t, someone else will. And they might not always have your best interests in mind.

Yours in good health,