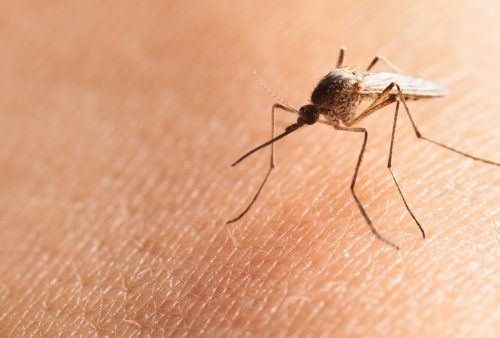 The Department of Health in North Dakota has confirmed the West Nile virus (WNV) disease in a human serum sample. This is the first case of human infection of the dangerous virus in 2015.

With the monsoon coming earlier this year in some parts of the country, there has been an unexpected surge in the mosquito population. In many states health officials have detected the virus in mosquitos, but until this recent development, no humans had been infected with the virus.

The North Dakota patient, a woman in her 40s, lives in McLean County. Though she has the symptoms of the viral infection, she has not been hospitalized for her illness.

In addition to this isolated human case, two mosquito colonies from Grand Forks County in North Dakota, have shown strains of the WNV.

According to Laura Cronquist, a surveillance epidemiologist on the staff of North Dakota’s WNV program, the human WNV infection should serve as a timely reminder to everyone, especially people over 50 years of age and those with compromised immune function to make protection from mosquitos a top priority.

To help avoid the spread of the virus, the North Dakota health officials are urging people to protect themselves from mosquito bites. Some of the preventive measures the department of health recommends are:

Though this is the first human case in 2015, the North Dakota department of health received reports that 23 people tested positive for West Nile virus in 2014. Of those 23, eight were severely infected and were hospitalized. One of the hospitalized victims died. West Nile infection was also identified in one cow, one horse and two moose.

While the common symptoms of West Nile virus include fever, headache, body aches and rash, some infected cases might not have any symptoms at all. So if you living in a mosquito infested area, it might be a good idea to rule out infection through laboratory diagnosis.

People with more severe illness may experience symptoms such as stiff neck, confusion, paralysis, coma and even death.