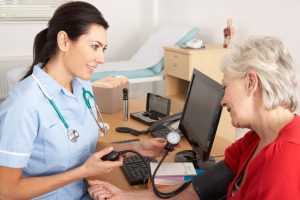 A new study has revealed that tighter blood pressure control could save up to 100,000 American lives. Current blood pressure guidelines recommend a systolic reading – the top number – of 140 mm Hg or less. A 2015 study recommends that more lives would be saved if guidelines brought that number down to 120 mm Hg.

The American Heart Association is expected to review the current blood pressure guidelines some time in 2017. It is still unclear whether the new target number will be implemented.

Dr. Carl Pepine, president of the American College of Cardiology, said, “At the present time, I don’t think there’s a strong compelling reason not to shoot for a lower blood pressure target, even in an older patient, knowing this dramatic benefit that can result.”

Heart attack mortality lower in menopausal women, but heart disease and stroke risk may be higher