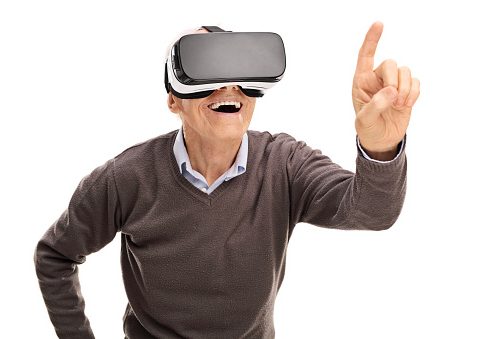 Phantom limb pain is something of a conundrum. It’s described as pain felt in a limb that is no longer there. This condition occurs in hundreds of people who have had an arm or a leg amputated, which is a common occurrence in military veterans or even people with poorly controlled diabetes. A new form of treatment is helping amputees and it doesn’t use any sort of pharmaceutical medication.

It’s actually the use of virtual reality technology. The focus of this new study was to trick an amputee’s brain into thinking the missing limb exists.

Advancements in an old technology

Virtual reality (VR) is not new and has been around for several decades. It’s been used as a training tool and for media purposes. As of late, the technology has made several advances to increase immersion and make people feel that they have been transported to a different world. Today, there are several VR devices commercially available to be used to consume media.

The cause of phantom limb pain has been somewhat ambiguous, with experts not being sure why it happens. It is estimated that eight out of 10 amputees experience the sensation of discomfort of a limb that is no longer there.

“The tactile representation of different body parts are arranged in the brain in a sort of map. If the brain no longer receives feedback from an area, it tries to reprogram its signal reception map. That is the most common conception of how phantom limb pain occurs,” explains Bo Geng, postdoc at the Faculty of Medicine at Aalborg University in Denmark.


Transporting patients into an alternate reality

Through the use of a head-mounted display, VR users visual and auditory senses are enveloped in a three-dimensional world with the ability to move around freely. Their bodies are often represented inside the VR world, complete with a pair of arms and legs. This is why VR was chosen, as users can freely grab and interact with things.

This new study underwent its first clinical test at the China Rehabilitation Research in Beijing. Two of three amputee participants felt that their phantom limb pain had eased while the third experienced a decreased frequency.

The researchers feel that these initial tests are promising, but more testing is needed. At the moment, their VR setup only accommodates upper body amputations, but a version is in development for people who have had lower body limbs amputated as well.