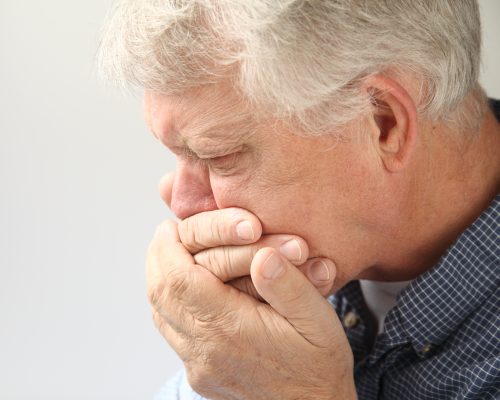 Barrett’s esophagus develops when a person’s esophagus is unable to close tightly, which allows gastric acid to come up to the esophagus. When this occurs, the lining gets damaged and over time becomes similar to that of the stomach. Such changes in the esophagus can lead to dysplasia and even cancer.

Furthermore, the researchers found that 61.9 percent of patients with hypertension didn’t develop dysplasia. Thota added, “I suspect that this relates to the use of antihypertensive drugs rather than the condition per se.”

Previous research found that men with type 2 diabetes were at an increased risk for esophageal cancer, so recent findings confirm this link.

Previous research found that type 2 diabetes patients are at a greater risk for Barrett’s esophagus. Coinvestigator Prasad G. Iyer said that the study suggests “if you have diabetes, your risk for Barrett’s esophagus (BE) may be almost doubled.” The link may also be higher in men because men tend to carry greater weight and fat around the abdomen, whereas in it’s around the hips and thighs.

Obesity is a risk factor for Barrett’s esophagus and esophageal cancer, but the link is unclear.

Dr. Iyer explained, “Interestingly, we found that among the study cohort, if you had diabetes there was a twofold increase in your risk for Barrett’s esophagus. When we stratified the results by gender, the association of type 2 diabetes with Barrett’s esophagus was stronger in males compared to females, which may reflect the different fat distributions in men and women.”

A new study has found that melatonin signaling is a risk factor for type 2 diabetes due to insulin-inhibiting effects of this hormone. When a person is asleep, the pancreas releases less insulin, but this rate could differ on a nightly basis. The research outlined that nearly 30 percent of individuals are predisposed to have a pancreas that is more sensitive to the insulin-inhibiting effects of melatonin. These individuals carry an altered melatonin receptor gene, which is a known risk factor for type 2 diabetes. Continue reading…

Type 2 diabetes can be managed with walking aerobic exercises

Walking fights fat, boosts energy levels, and even protects your heart. But if you have type 2 diabetes, using interval walking as an aerobic exercise may be one of the best kinds of medicine. Results from a study published in Diabetes Care have shown that diabetics can improve their health and reduce healthcare costs by doing one simple physical activity. Continue reading…