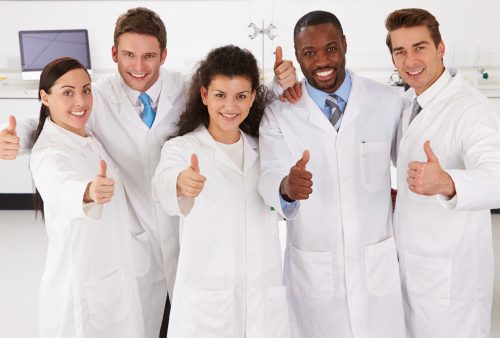 An autoimmune disorder is where the body’s own immune system, typically involved in the fight and destruction of foreign invaders of the body, recognizes its own tissue as foreign by mistake and begins to attack it. There are over 80 identified autoimmune diseases, and they all provide many problems to those affected, as the immune system attacks the healthy cells. These types of disorders primarily affect women, but the reasons for this and why it occurs in the first place are a mystery. This may all change, as researchers from National Jewish Health have believed they have found what triggers this accidental immunologic reaction in the body.

Autoimmune diseases often include conditions such as lupus and multiple sclerosis, affecting nearly any part of the human body which can consequently lead to severe disability and even death if poorly managed. Unfortunately, because it is the patient’s own body that is attacking itself, treatment can be difficult, often leading medical professions to do their best to help mitigate symptoms and avoid negative long-term outcomes, as no cure is currently available. However, a new discovery as to how this problem occurs may help provide a new method of therapeutic treatment, better treating this problematic condition.

Using mice models for their study, the researchers isolated a subset of B-cells, which are considered vital players in autoimmune disease. These cells are normally seen in the normal immune response in healthy individuals, but accumulate in autoimmune patients, and were named by researchers as age-related-B-cells (ABC). Subsequent research showed that a transcription factor (T-Bet) found inside the B cells played a crucial role in the appearance of ABC. Transcription factors bind to DNA inside cells and drive the expression of one or several genes.

“Our findings confirm that age-associated B Cells (ABCs) drive autoimmune disease. We demonstrated that the transcription factor T-bet inside B cells causes ABCs to develop. When we deleted T-bet inside B cells, mice prone to develop autoimmune disease remained healthy. We believe the same process occurs in humans with autoimmune disease, more often in elderly women,” said Kira Rubtsova, an instructor in biomedical science at National Jewish Health and researcher on the study.
The researchers go on to say that this transcription factor seems to appear in response to a specific combination of B-cell receptors found on their surface. With breeding and genetic techniques, the research team was able to eliminate the ability of autoimmune-prone mice to express the B cell transcription factor, leading the mice to appear healthy. It was noted that kidney damage appeared in 80 percent of mice, and after the modification, this number dropped to only 20 percent. Also, 75 percent of T-Bet in B cells mice died after 12 months, while 90 percent of T-bet deficient mice survived in the same time period.

“Our findings for the first time show that ABCs are not only associated with autoimmune disease but actually drive it,” said Dr. Rubtsova.