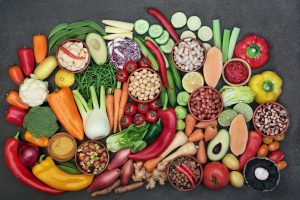 A new study has found a link between a vegan diet and poor bone health. As the vegan diet has seen a steady increase in trend, how this type of diet affects health is becoming the subject of many scientific studies, including this new research from the German Federal Institute for Risk Assessment (BfR).

For the study, the bone health of 36 vegans and 36 people following a mixed-food diet were analyzed with an ultrasound measurement of the heel bone. Information on the age of participants, smoking status, education, body mass index, physical activity, and alcohol consumption was also collected. On average, it was found that people following a vegan diet had lower ultrasound values compared to the other group. This was able to indicate poor bone health.

Using a statistical model, researchers also looked at biomarkers in blood and urine to identify nutrients that might be related to diet and bone health. Out of 28 parameters of nutritional status and bone metabolism, it was possible to identify twelve biomarkers. These included vitamin A and B6, which in combinations with selenoprotein P, iodine, thyroid-stimulating hormone, magnesium, calcium, and α-Klotho protein, were positively associated with bone health.

In most cases, the combination of these two biomarkers was present in lower concentrations in vegans. Researchers believe this could explain poor bone health linked to those following a vegan diet.

The vegan diet has become very popular over the past few years. Increasingly more people have decided to go vegan for ethical, environmental, or health reasons. A vegan diet focuses on plant-based foods and beverages and excludes all animal products.

The study adds to mounting evidence that suggests vegans intake fewer nutrients that are relevant for the skeleton. These are nutrients that are mainly found in food of animal origin. Although a vegan diet is often considered health-conscious, some aspects of it are frequently overlooked.

It is important to note that there are ways to maintain bone health without forgoing a vegan diet. It may come down to seeing where the gaps could be in the nutrients people may be missing by not having animal products and trying to make them up with the foods high in those nutrients.

Studies on bone health have previously focused on chronic health conditions, BMI, and even physical activity levels. These are known causes of poor bone health. This is one of the first studies of its kind to start looking at the role that diet trends have on overall health. Researchers stress that further studies are needed for clarification as they did not consider the sole of nutrient supplementation.