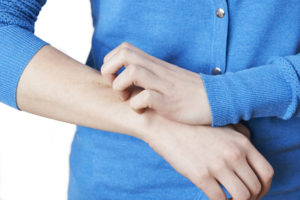 Sometimes you do your best to prevent a major medical condition but it’s not enough. For example, if you’ve had shingles, your risk for a stroke goes up.

If you had the chickenpox as a child, you’ve got a significant risk for shingles. But so does everybody. Almost every American carries a dormant version of the virus, varicella-zoster, and about one in three adults will go on to develop shingles.

Shingles is a viral infection where painful rashes and blisters appear on the body.

There is a strong association between shingles and stroke risk, largely because many cases of shingles appear later in life with other illnesses. It is also shown to cause high levels of inflammation, which may compound systemic inflammation that is already present.

The shingles vaccine, however, may not only reduce the risk of shingles but also stroke.

According to a new analysis looking at over one million American patients over 66 years old, those who had a shingles vaccine were much less likely to have a stroke than those who did not.

A shingles vaccine, therefore, could be a valuable part of your stroke prevention plan by addressing a factor you may not otherwise be able to control.

The research team, led by a senior scientist at the Centers for Disease Control and Prevention (CDC), found that the vaccination could reduce the risk for a blood clot-induced stroke (ischemic) by 18% while dropping the risk for a bleeding stroke (hemorrhagic) stroke by 12%.

Previous studies have shown that shingles can boost the risk of a stroke, with the greatest risk being within the first year of developing the condition, going down with time. This is likely because inflammation reduces as your body heals.

Of course, a shingles vaccine is not a magic bullet against strokes. You can reduce your risk of a stroke by maintaining a healthy weight, blood pressure, and cholesterol levels. But this finding should not be overlooked considering those factors play little, if any, role in shingles risk.

Having a good stroke prevention plan and anti-inflammatory lifestyle may help and reduce the risk of a stroke following a bout of shingles, but there is no way to confirm this as of yet.