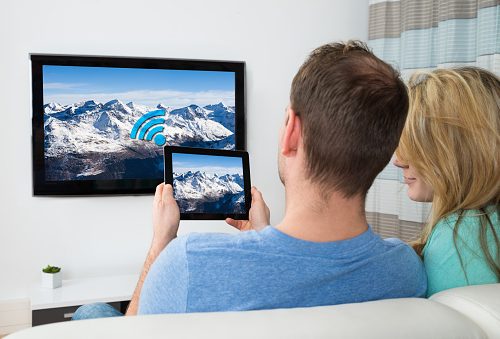 Much has been written about the negative health effects of sedentary behavior among adults. But now, experts say they have been able to link diabetes risk factors with the amount of time children spend in front of a screen.

Researchers at St. George’s University of London are reporting that children who spend more than three hours each day in front of a television screen, a tablet, or a smartphone have a higher risk of developing diabetes.

The study—which involved 4,500 primary school children aged nine and ten—looked at various types of screen watching. The researchers discovered that children who watch TV, play video games, and use other electronic devices for three or more hours per day are more apt to have higher body fat and resistance to the hormone insulin than those who spend one hour or less in front of screens. The analysis showed that one in five or 18 percent of the British children spent more than three hours in front of a screen every day. Thirteen percent said that their daily screen watching was two to three hours, while 37 percent reported watching screens up to an hour.

The authors of the study say that they found a “strong trend” between levels of screen time and higher levels of leptin. Leptin is a hormone that helps control appetite and insulin resistance. As it turns out, the trend was significant even after taking factors such as physical activity into account.

According to the National Institute of Diabetes and Digestive and Kidney Diseases, just over 200,000 people in the United States that are under the age of 20 have diabetes. Many are suffering from type 1 diabetes. However, as obesity rates increase in children, type 2 diabetes is becoming more common in kids. What is frightening about type 2 diabetes in children is that about 40 percent of those who develop it show no signs or symptoms. In many cases, the problem is discovered when a child is undergoing a physical exam for another reason.


There are young people who do experience diabetes symptoms, including some that are listed below:

Children with type 1 diabetes can experience weight loss. Without the energy supplied by sugar, muscle tissues and fat stores start to shrink. Insulin enables the body to turn sugar into energy. Resistance to the hormone makes it a lot more difficult to regulate energy levels, which can lead to diabetes.

While the findings may not sound significant or surprising, the researchers at St. George’s, University of London point out that this is more than relevant when you consider both the rise of type 2 diabetes cases and the growing screen use among our young population today.

A child should see a doctor if he or she is overweight or has at least two other risk factors for type 2 diabetes. Some of those other factors include inactivity, a family history of diabetes, low birth weight, or being born to a mother who had gestational diabetes during pregnancy.