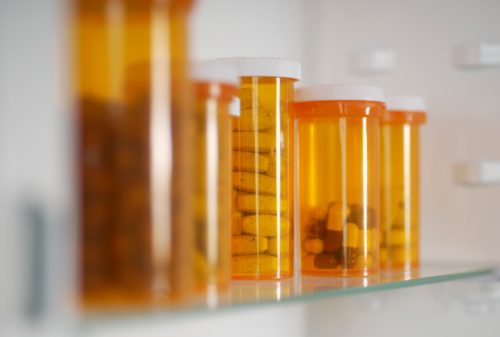 Doctors are in the business of relieving pain and suffering, which is why they give their patients medication to remedy it. This is especially true for those who have recently undergone surgery. This typically comes in the form of narcotics, the most common of which are opioids—the same substance found in morphine and heroin.

A new meta-analysis spanning several studies finds that more than two-thirds of postoperatively prescribed narcotics end up left over. What is most concerning is that these unused drugs aren’t properly locked away or disposed of.

It was found that 77 percent of study participants did not keep their prescription opioids in locked containers—67 to 92 percent of participants said they had unused narcotic painkiller pills. Also, a significant portion was found to simply not take prescribed pills due to side effects, leaving many unused pills left over.

“We were surprised to find that the number was as high as it was. It’s likely that we—as physicians who care for patients with pain after surgery—need to do a better job of educating patients about how to take pain medication, how to store that medication, and what to do with it once they’re done with the medication,” says Dr. Mark Bicket. He is an assistant professor of anesthesiology and critical care medicine at Johns Hopkins University School of Medicine in Baltimore.


The current state of affairs of prescribed pain killers

Currently, there is an opioid crisis in the United States and Canada. This strong class of pain killers, which includes Percocet, Vicodin, and OxyContin, are leading to increased number of deaths due to overdose. Most troubling is the fact that nearly half of these deaths are caused by painkillers prescribed by a doctor.

Having unused opioids sitting in medicine cabinets of thousands of homes across the country is only contributing to the increasing death toll. It is far too easy for unintended people to get their hands on them to either use or sell.

Findings from a 2015 national survey on drug use found that nearly four million Americans took opioids for non-medical reasons every month. Federal reports have stated that nearly two million people are addicted to prescription painkillers.

This is not to say that opioid use is strictly bad, as they do have an important place in medicine. Opioid medication can significantly help those who suffer from legitimate chronic pain.

This is a dilemma that only the physicians prescribing the medication have the power to control. A major re-evaluation of the number of pills prescribed needs to be done. Sadly, it is not until a problem arises, such as opioid abuse, that changes are made.