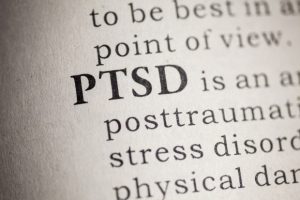 Stress is one thing most of us face in our hectic lives. But post-traumatic stress disorder (PSTD) is a disease of intense mental anguish from the kind of life or death trauma faced by soldiers in combat, a car crash, serious injury, sudden death of a loved one, or sexual violence.

Trauma to this degree is frightening, overwhelming, and causes a lot of distress – it is often unexpected, and many people say that they felt powerless to stop or change the event. Those emotions and loss of control take hold and won’t let go.
Post-traumatic stress disorder linked to accelerated aging, earlier death

Researchers at the Center on Healthy Aging and Senior Care at the University of California in San Diego have revealed a link between the disorder and long-term systemic effects on a person’s basic biological process – aging.

A review of PTSD studies focused on three potential signals of faster-than-normal aging, including biological signs like shortened telomeres (the caps at the end of each DNA strand that protect the chromosomes) or markers of inflammation, higher rates of medical conditions linked to advanced age, and early death. They found medical conditions associated with advanced aging were more common in people with PTSD, such as type 2 diabetes, cardiovascular disease, and dementia.

Results of all the data crunching revealed that post-traumatic stress disorder increased the risk of dying by 29 percent.
70 percent of U.S. adults experience trauma at least once

Up to 20 percent of these people go on to develop PTSD. Which means an estimated eight percent of Americans − 24.4 million people − have PTSD at any given time. That is equal to the total population of Texas. Interesting, too, roughly one out of every nine women develops PTSD, making them about twice as likely as men.

While PTSD was once considered a psychological condition only of combat veterans who were “shocked” by and unable to face their experiences on the battlefield, medical professionals now recognize PTSD as a psychobiological mental disorder than can affect survivors not only of combat experience, but also terrorist attacks, natural disasters, serious accidents, assault or abuse, or even sudden and major emotional losses. These are well-documented post-traumatic stress disorder causes.

Warning signs and symptoms of PTSD

People with PTSD have among the highest rates of healthcare service use, according to the National Institutes of Health. They present with a range of symptoms, the cause of which may be overlooked or misdiagnosed as having resulted from past trauma.

The annual cost of anxiety disorders is estimated at $42.3 billion, often due to misdiagnosis and under treatment. This includes psychiatric and non-psychiatric medical treatment costs, indirect workplace costs, mortality costs, and prescription drug costs.

Post-traumatic stress disorder symptoms may start within three months of a traumatic event, but sometimes symptoms don’t appear until years after the event. These symptoms can disrupt social or work situations and relationships.

The point is, these symptoms can be debilitating – and get worse if left untreated. If disturbing thoughts and feelings about a traumatic event continue for more than a month, if they’re severe, or if you feel you’re having trouble getting your life back under control, talk to your healthcare professional.

There is a post-traumatic stress disorder test evaluation. To be diagnosed with PTSD, you must meet criteria in the Diagnostic and Statistical Manual of Mental Disorders (DSM-5), published by the American Psychiatric Association. This manual is used by doctors to diagnose mental conditions and by insurance companies to reimburse for treatment.

What’s the best way to get a handle on PTSD? The primary treatment is psychotherapy, often combined with medication. But prescription drugs are toxins in the system, setting you up for dependency and harmful side effects. You want to improve your symptoms, feel better about yourself, and learn ways to cope if symptoms arise again, of course, but there is a natural approach to consider.

Cognitive therapy. This type of talk therapy helps you recognize the ways of thinking (cognitive patterns) that are keeping you stuck — for example, negative or inaccurate ways of perceiving normal situations. For PTSD, cognitive therapy often is used along with exposure therapy.

Exposure therapy. This behavioral therapy helps you safely face what you find frightening so that you can learn to cope with it effectively. One approach to exposure therapy uses “virtual reality” programs that allow you to re-enter the setting in which you experienced trauma.

A healthy diet of fresh, whole foods can help calm the nervous system and boost your immunity. There are also a number of calming, restorative herbs to supplement your diet.

One to try is Holy basil. This common herb supports the adrenal glands, protecting them from the stress of surviving a violent, traumatic event.

People with chronic illness also are turning to homeopathy, a form of holistic medicine based on the principle of “like cures like” – a plant substance taken in small amounts will cure the same symptoms it causes if it was taken in large amounts. Speak with a qualified practitioner about the following options that may help with symptoms of post-traumatic stress disorder: Stramonium, mancinella, gelsemium, staphysagria, and chamomilla.

Other coping strategies include the following, according to the Mayo Clinic:

Don’t self-medicate. Turning to alcohol or drugs to numb your feelings won’t help and can lead to more problems down the road and prevent real healing.

Break the cycle. Be mindful about your symptoms. When you feel anxious, distract yourself and re-focus by taking a brisk walk or working on a hobby.

Talk to someone. Stay connected with supportive and caring people. You don’t have to talk about what happened – just spending time with loved ones can offer healing and comfort.

Consider a support group. Ask your health professional for help finding a support group, or contact your community’s social services system. The stronger your support network, the better.

Post-traumatic stress disorder symptoms take a serious toll on your health, leading to faster aging and even early death. Don’t let the disorder linger untreated. Take back control with these natural approaches to feeling like yourself again.

Post-traumatic stress disorder (PTSD) symptoms may develop in elderly who have had serious falls: Study