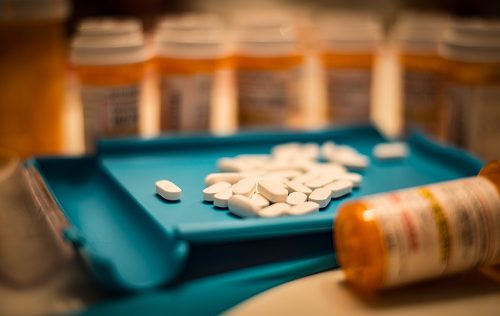 The opioid epidemic refers to the widespread abuse of opioid prescription drugs in the United States, leading to an increasing number of opioid-related drug overdose deaths. Opioid drugs are usually prescribed for pain management, particularly for cancer patients and those recuperating post-surgery. However, one in 16 patients becomes addicted to them, often due to over-prescription of opioid drugs.

Medical professionals believe that monitoring prescriptions is the answer to the opioid crisis. Trump’s administration recently announced Medicare’s drug plan to regulate the use of these drugs. However, recent studies suggest that this may not be an answer.

A study conducted at Johns Hopkins School of Medicine

Researchers observed that not all doctors are sensible when giving prescriptions, and for some, it is a routine practice. They designed a study that aimed at finding a solution to the over-prescription of opioid drugs by physicians.

They found that the most commonly prescribed opioid tablet was oxycodone. Doctors usually recommended dosage of five to 10 mg every four to six hours. As a result, a patient following this prescription would take nearly twice the amount of the required dosage. The findings revealed that prescriptions often resulted in an overdose of the drug.

Opioids are being over-prescribed

Researchers at Harvard Medical School observed that people who underwent surgery were four times more likely to receive a prescription for opioids. They analyzed the medical records of half a million insured patients who had been prescribed opioids for post-surgical pain management from the year 2008 to 2018. None of these were regular opioid users.

The analysis revealed that 5,906 patients (about 0.6 percent of those who were studied) became dependent on the drug and showed symptoms of abuse or had overdosed. This is referred to as opioid misuse.

The study found that the duration of opioid treatment and the frequency of dosage played a key role in developing a dependence on the drug. In fact, each refill increased the risk of misuse by 44 percent.

According to Nathan Palmer, senior investigator in the research, “Physician prescription practices play no small part in” the spread of the epidemic. Denis Agniel, lecturer at Harvard Medical School, confirmed that the “results indicate that each additional week of medication use, every refill is an important marker of risk for abuse or dependence.”


Dealing with the problem

Drug abuse is no small problem in the U.S. In 2016, it was estimated that 11.5 million people misused prescription drugs that contained opioids and over 42,000 Americans died of drug overdose. The rising numbers prompted the Trump administration to declare the problem a national crisis and declare a “War on Drugs.” However, the problem needs to be cut at the root, which is is the over-prescription of drugs.

Researchers recorded the time it took for the drugs to provide pain-relief and the duration for which they were comforted with the drug. They found that after a period of two hours, both groups of patients experienced pain-relief. In addition, only one in five patients required additional medication after two hours.

The findings confirm that non-opioid drugs such as ibuprofen-acetaminophen were a good alternative to opioid drugs for pain management as there were no significant differences in the pain reduction in both groups.

The above research, as well as the studies conducted at Johns Hopkins School of Medicine and Harvard Medical School, revealed that opioid drug abuse and overdose stems from irresponsible prescriptions. Therefore, the solution to the drug epidemic lies in monitoring prescriptions.

Related: Mixing opioids and anti-anxiety medications may be lethal: Study