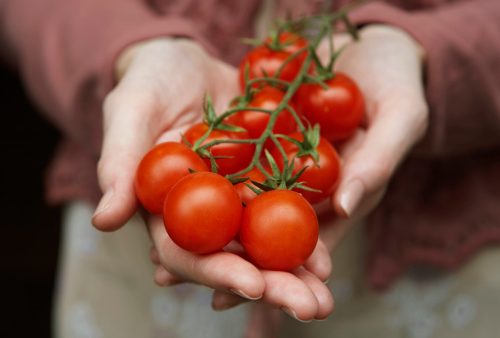 The fight against cancer is an ongoing one. To most people, cancer is correlated with bad news and poor outcomes, but this is not always the case. Most cancers are actually very treatable, with patients often getting cured or obtaining sustained remission for the rest of their lives after treatment. This is all thanks to the efforts of the diligent researchers dedicated to the field of oncology—the study and treatment of tumors. A new study has identified a treatment that inhibits cell growth and malignant features of stomach cancer, and it comes from the most unlikely of foods—tomatoes.

Gastric cancer is the fourth most common type of cancer worldwide. The exact cause of its occurrence is not known, but it has a genetic association and is linked to H. pylori infection and eating smoked and salted foods. Symptoms of gastric cancer may include the following:

Researchers from the National Cancer Institute of Naples have discovered the antitumor effects of tomatoes to combat gastric cancer. They noticed that this trait was not linked to any specific component of the tomato, but rather, the whole tomato itself. The experiments implemented in the study analyzed whole tomato lipophilic extracts and their effect on various neoplastic features of gastric cancer cell lines. These extracts were taken from two different southern Italy tomato growers of the San Marzano and Corbarino tomato varieties.
What the researchers observed was an inhibition of growth and cloning behavior of malignant cells, affecting key processes within the cells. This hindrance of malignant stomach cancer cell progression ultimately leads to cancer cell death through a process called apoptosis.

“Our results prompt further assessment of the potential use of specific nutrients not only in the cancer prevention setting but also as a supportive strategy along with conventional therapies.

Tomatoes are a popular component of many diets, including the Medditerarian diet, which has been linked to lower cancer risk. This new research may not have seen the antitumor effects of tomatoes if it wasn’t analyzed in its entirety, as prior research only focused on specific tomato components, such as lycopene, which has not proven to be beneficial on its own.