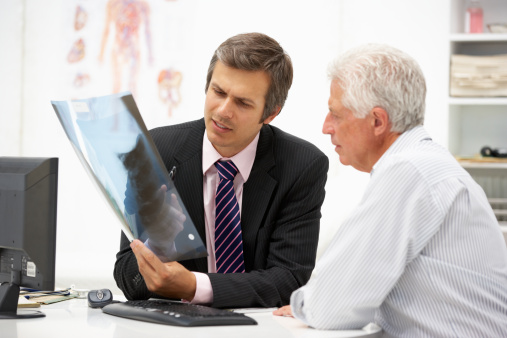 Researchers from the BC Cancer Agency Research Centre may have developed a new alternative cancer treatment that can be used to treat rapidly growing cancer cells without destroying surrounding healthy cells.  This new discovery could revolutionize the way in which cancer is treated in the future by offering a radiation and chemotherapy alternative.

Chemotherapy is a drug therapy that is used to kill fast growing cancer cells in the body. There are a number of chemotherapy drugs that can be used alone or in combination to treat various forms of cancer.  While chemotherapy is a somewhat effective way to treat cancer, it does come with a number of side-effects, ranging in severity.  According to the Mayo Clinic, side-effects that commonly occur during chemotherapy treatment include: nausea, vomiting, diarrhea or constipation, hair loss, fatigue, fever, mouth sores, pain, decreased appetite, and easy bruising.  The good news is that most of these side-effects diminish once chemotherapy treatment stops. However, there are serious side-effects that can be long lasting and that may develop long after treatment has ended.  These side-effects include: damaged lung tissue, heart problems, infertility, kidney damage, nerve damage, and an increased risk of other types of cancer.  Because of all of the reactions that are associated with chemotherapy, many people seek alternative cancer treatment options.  Researchers are continually seeking to develop new chemotherapy alternative treatments that can be offered to cancer patients.

A University of South Hampton professor, Chris Proud, stated that cancer cells grow and divide very rapidly compared to healthy cells, and they therefore have a higher demand for oxygen and nutrients.  Because of this high demand, they are often starved of oxygen and nutrients.   Researchers discovered a new cellular component, known as eEF2K, which plays a vital role in allowing cancer cells to survive nutrient starvation.  However, the same does not hold true for healthy cells; they do not usually require eEF2K. The researchers hypothesize that by blocking eEF2K, cancer cells would be killed while healthy cells would be unaffected.

The problem with traditional cancer treatment options, including chemotherapy and radiation therapy, is that in addition to killing cancer cells, they also destroy healthy cells.  When radiation or chemotherapy treatment is more focused, it is usually only effective for certain types of cancer which limits its potential use.  On the other hand, blocking eEF2K will effectively kill cancer cells while leaving healthy cells intact.  Further research is needed to develop new drugs and/or technologies that will block the function of eEF2K which may possibly lead to an alternative treatment for those suffering with various forms of cancer.

The discovery regarding the role that eEF2K plays in cancer cells is an exciting development in the field of cancer research.   While additional, extensive research is still needed to develop new drugs, this discovery may open up a whole new world of future cancer treatment options and chemotherapy alternatives.