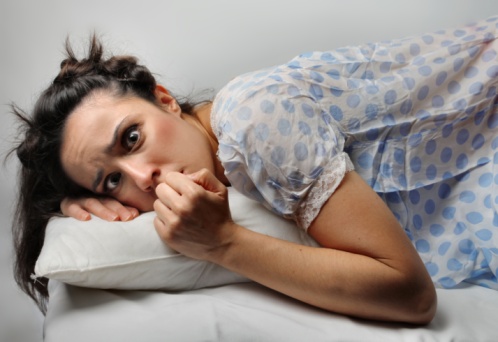 A recent study found that insomnia, depression and fatigue are linked to frequent nightmares. Lead author Nils Sandman said, “Our study shows a clear connection between well-being and nightmares.” Although the study did not prove that depression causes nightmares it did reveal a close association between the two.

Frequent nightmares were reported by those with depression 28 percent and 17 percent among those who experience frequent insomnia. Through further analysis the researchers concluded that strong risk factors of nightmares included insomnia, exhaustion, depression symptoms and a negative sense of self.

Sandman added, “This is most evident in the connection between nightmares and depression, but also apparent in many other analyses involving nightmares and questions measuring life satisfaction and health. It might be possible that nightmares could function as early indicators of onset of depression and therefore have previously untapped diagnostic value.”

The findings were published in Sleep.

Causes and treatment of adult nightmares

A nightmare is a vivid, disturbing dream which can be quite frightening and cause a person to awake during the night. Nightmares commonly occur during the rapid eye movement (REM) phase of sleep which is when majority of dreaming occurs.

Nightmares can be caused by a variety of underlying factors and disorders including having a late-night snack may trigger a nightmare, medications, drugs, sleep deprivation, sleep disorders, and psychological triggers like stress or depression.

Although there isn’t a sure-fire way to cure nightmares you can work closely with your doctor in order to minimize them. The first step is to identify their underlying cause so whether it is due to medications of psychological factors speaking with your doctor can help create a treatment plan which targets the cause of your nightmares.

Some natural remedies to minimize nightmares are to exercise regularly, keeping a wake-sleep schedule, and reducing stress as much as possible. Lastly, you may want to avoid late-night snacking as many adults find this habits triggers nightmares as well.