Home » Men's Health » Important information for every man over 50 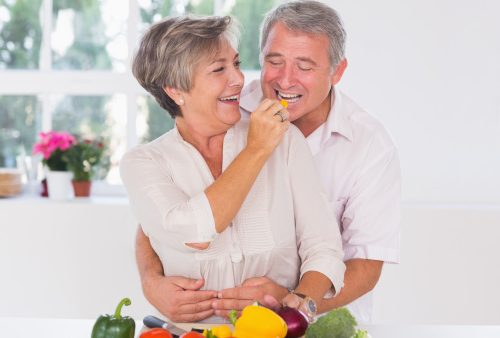 Medicine has taken a huge leap forward over the last few decades, resulting in diagnostic tests that are more accurate and reliable, surgical technologies that are safer and less invasive, and treatment options that are individualized and diverse. It’s good to have a solid foundation upon which scientists are able to build new bodies of research, constantly exploring new aspects of diseases and exploring new approaches to tackling disease.

A great example of this is a recent experimental study on prostate health conducted by Dr. Samuel Denmeade, a professor of oncology and urology at Johns Hopkins University. His research into prostate health and disease activity of prostate cancer led him to overturn the conventional approach to treating tumors.

The role of testosterone

The primary male sex hormone testosterone is usually in the picture when dealing with men’s health issues. Almost a century ago, it was discovered that blocking testosterone production could kill prostate cancer cells because the cancer lives on hormone receptors that testosterone binds to. This discovery has led to present-day treatment strategies that aim to suppress testosterone in men with prostate tumors.

What Dr. Denmeade discovered is that the role of testosterone may not be as straightforward as earlier research shows. His team exposed testosterone-deprived cells to a high dose of the hormone, which suppressed the cancer. Apparently, this sudden surge of testosterone shocked the cells and impacted their genetic material.

In his first small study, half of the patients receiving high doses of testosterone demonstrated declining levels of a common cancer marker, and tumors shrunk in size in about one-third of the participants. The next phase of experimental trials is currently underway and is being tested in 17 medical centers.

As promising as it sounds, it is still too early to talk about any clinical applications of the new treatment, and it shouldn’t be viewed as a cure for the condition. In any event, this is a very important development, as it is estimated that 161,360 Americans will be diagnosed with prostate cancer this year.

Prostate problems become increasingly common with age, and in view of our increasing lifespan, prostate health certainly deserves serious attention. True, you can’t turn back the clock or change your genetics, but the well-being of your prostate is still—to a certain degree—in your hands. Here’s what you can do.


4 tricks for a healthy prostate

Eat cooked tomatoes. According to a study published in the American Journal of Clinical Nutrition, men who had a serving of tomato sauce at least twice a week had a lower risk of prostate cancer compared to men who had less than one serving per month. It is attributed to compounds found in cooked tomatoes that may have a protective effect on DNA strands.

Drink moderately. Men who limit their alcohol intake to a maximum of three drinks a week had a lower risk of prostate cancer compared to men who drank heavily, a recent Finnish study uncovered.

Quit smoking. Death from prostate cancer is one of the many possible outcomes of long-term smoking, as carcinogens that get into your system with smoke may promote the development of tumors.

Stock up on beans. In a recent study, men with the greatest legume intake (approximately six ounces weekly) had half the risk of developing prostate cancer compared to men with the least intake. It seems that when digested, the fiber from legumes reduces inflammation, a factor that may promote tumor growth.

Simple, right? So, if you’ve been thinking about a major lifestyle change such as quitting smoking, cutting back on alcohol, and eating more fruits and vegetables, now is the time—for a healthier life, and for your prostate health!

Related: How to keep your prostate healthy