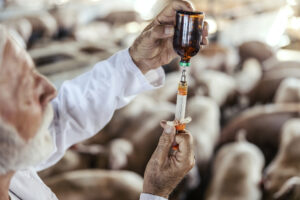 New research has found that the more courses of antibiotics seniors take, the greater their risk of developing inflammatory bowel disease, or IBD.

These findings may help explain some of the increases in Crohn’s and colitis diagnoses among older adults.

Researchers believe that environmental factors play more of a role in older adults than genetics regarding IBD. In younger patients, there is generally a strong genetic component to risk. But that is not the case in older, 60+ adults.

The team looked at prescribing records for 2.3 million adults aged 60 and over in Denmark who were newly diagnosed with IBD between 2000 and 2018. They found a close link between antibiotic use and higher rates of IBD, and the risk went up significantly with each course of antibiotics.

Antibiotics may play a role in gut health and diversity because they essentially carpet bomb the microbiome. They cannot discriminate between good and bad bacteria, and repeated bouts of antibiotic use may decimate healthy populations and lead to digestive troubles.

However, that doesn’t mean that antibiotics should be avoided at all costs. Sometimes they are the only treatment for certain infections. The issue, however, is when they become prescribed too often.

Talk to your doctor about various treatment options before resorting to antibiotics, and use them only when necessary to potentially reduce IBD risk.