Home » Diabetes » The habit putting you at risk for diabetes 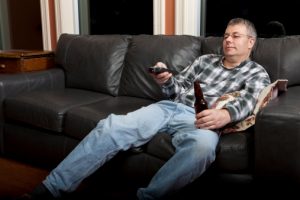 At least 29 million people in the United States have diabetes. The Centers for Disease Control and Prevention reports that another 86 million people have pre-diabetes and are headed towards full-blown diabetes if they don’t get off the couch.

A report by the U.S Physical Activity Council shows over 60 million Americans are couch potatoes. Webster’s dictionary defines a couch potato as an “inactive person; especially one who spends a great deal of time watching television.”

A recent study, published in Diabetologia, concludes that each hour spent watching TV daily increases the risk of developing diabetes by 3.4 percent. Prior to this finding, several studies in the United States, as well as globally, have shown that exercise can decrease diabetes development. 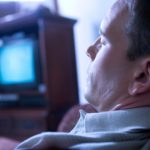 This latest study conducted by researchers at the University of Pittsburgh showed that exercise is the most positive option in terms of avoiding diabetes. Since the results indicated a 58 percent decrease in the development of diabetes researchers decided to look at the opposite of exercise – sitting.

The study, based on information collected from the Diabetes Prevention Program published in 2002, looked at more than 3,200 overweight adults. To begin, the team of researchers asked all participants to spend the same amount of time watching television (140 minutes per day). People making lifestyle changes slowly reduced their TV viewing by 22 minutes a day. A third group of people, who were taking the diabetes medication, metformin, reduced their TV watching by just three minutes per day. The people who had no special plan to follow watched 8 fewer minutes per day. At the end of the study period the researchers examined the impact of sitting on each person. For participants in all three groups, the risk of developing diabetes increased by about 3.4 percent.

It is important to note that the study only focused on people who were overweight and pre-diabetic. To be pre-diabetic means that your blood sugar level is higher than normal but not high enough to be classified as type 2 diabetes.

What it means to be diabetic 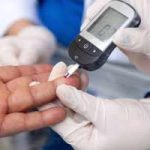 If someone has diabetes, it means they have too much glucose in their blood. Glucose is important because it’s a source of energy for cells that make up our muscles and tissues, not to mention a main source of fuel for our brains. However, too much glucose can lead to serious health problems. Skin problems, eye complications, foot complications, high blood pressure and kidney problems, have all been linked to diabetes. Pre-diabetes is potentially reversible but many people don’t even realize they have it.

Pre-diabetes can be determined through a simple blood test. You may want to see your doctor about getting a test if you have any of the following risk factors:

The overwhelming statistics; such as the number of Americans with pre-diabetes, are what prompted researchers like the team at the University of Pittsburgh to conduct glucose related studies. They say the more they know the better prevention methods they can put in place.

They have seen the toll that diabetes can take on patients and their families from both a physical and financial point of view. The American Diabetes Association reports that people diagnosed with diabetes have an average medical expense of $13,000 per year.

Those who specialize in the treatment of diabetes believe this latest diabetes study adds more weight to previous claims that sitting leads to health problems such as heart disease and cancer.

While genetics do play a role in diabetes and some people may be prone to diabetes despite their lifestyle habits, medical professionals are unanimous- couch potato be on our list of things not to become.

Do this one simple thing to manage your diabetes

Without question, walking is an effective and low-cost form of aerobic exercise that most everyone can do. As a doctor, I try to take a walk every single day. It’s a great way to clear your head and does so much for your health.

Diabetes is a disease where there is excess sugar in the blood. But why is it there and what can you do about it? Before we look at natural remedies for diabetes and effective tips for avoiding diabetes, let’s discuss why sugar is such a big deal – and why our body needs to be able to use it effectively.