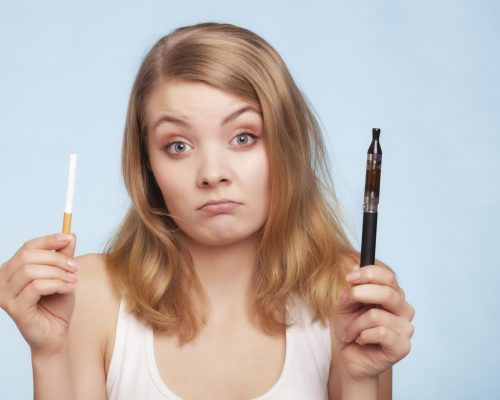 E-cigarette exposure in children rises 1400 percent in pediatrics study, even as vaping industry feels the heat from the FDA. There has been a long-running debate on whether vaping and the use of e-cigarettes is a safer alternative to traditional tobacco cigarettes. Unfortunately, the answer is yet to be known, as e-cigarettes are still a new phenomenon and research is lagging behind the instant craze of vaping. Between 2011 and 2012, the number of teens and tweens using these products has doubled, so there has been a strong push to obtain as much information as possible regarding this style of smoking.

E-cigarettes mimic traditional cigarettes as their end glows on the inhale and a cloud of smoke follows on the exhale. Inside an e-cigarette, there is a battery, a heating element, and a cartridge that holds nicotine and other liquids and flavorings.


E-cigarettes raise the risk of nicotine poisoning in children

There is a raised risk of nicotine poisoning in children associated with e-cigarettes, according to a new study. Researcher Alisha Kamboj wrote, “The frequency of exposures to e-cigarettes and nicotine liquid among young children reported to US [Poison Control Centers] is rising rapidly. Children exposed to e-cigarette devices and nicotine liquid are 2.5 times more likely to have a severe outcome than children exposed to cigarettes, and lethal exposure has occurred.”

The researchers examined the data from the National Poison Data System (NPDS) on single exposures involving nicotine and tobacco products from January 2012 through April 2015 among children under the age of six.

The researchers noted that exposure to e-cigarettes had increased by 1492.9 percent during the study period, while exposure to traditional tobacco remained the same.

Common routes of exposure as noted by the authors were ingestion, dermal, and inhalation/nasal. Children in particular may be specifically vulnerable due to their curiosity and the enticing packaging of e-cigarettes.

FDA extends regulations on all tobacco products including e-cigarettes, cigars, and hookah 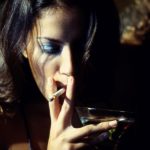 The FDA has extended regulations on all tobacco products including e-cigarettes, cigars, and hookah. In the next year or so, minors will not be allowed to purchase e-cigarettes and all ingredients will have to pass FDA approval. Some vaping liquids, although they don’t contain typical cancer-causing ingredients seen in traditional tobacco products, still contain harmful chemicals.

Shop owners will now have to send applications to the FDA to have their product approved, which is not only timely but costly as well. Application estimates can range from several hundreds of dollars to the millions.

The new FDA guidelines include:

On the other hand, in the U.K., the e-cigarettes are deemed safe, because – unlike in America – teenagers in the U.K. have not jumped ship on them.

The new FDA rules will be implemented by August.

A new study reveals that the use of e-cigarettes doesn’t actually help smokers quit. In fact, the study revealed that e-cigarettes reduce the probability of a smoker quitting by at least 28 percent. Senior author Stanton Glantz said, “We found that e-cigarette use was associated with significantly less quitting. E-cigarettes are being promoted as a means of quitting, but they’re actually having the opposite effect.” Continue reading…

The chemical flavoring in e-cigarettes has been linked to an increase in respiratory diseases. The chemical, diacetyl, was found in 75 percent of e-cigarette flavorings, which were tested by researchers at Harvard T.H. Chan School of Public Health. Other potentially harmful chemicals were also found in flavors such as cotton candy, fruity squirts, and cupcake. Continue reading…